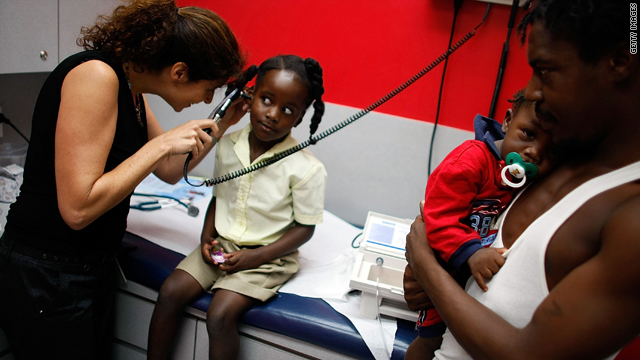 What does it mean if paying for health care will soon take your entire paycheck?

Taking care of yourself is rapidly becoming an economic issue of staggering proportions. In fact, you may want to grab a salad on the way home and get right on the treadmill when you get there. The day is coming in less than 20 years when health care costs may consume your entire paycheck.

In other words, illness will one day soon simply be unaffordable.

A new report by the Annals of Family Medicine suggests that less than 20 years from now, the average American family's medical costs will surpass their entire income.

It's no secret that health care costs have been growing faster than just about everything else in this country for decades.

And while that trend has slowed somewhat recently, the authors of this study say medical costs are still going up.

In 2009 and 2010, total spending on health care grew at a slower rate than any time on record. But it still grew, and it's going to keep on growing.

Then of course there's so-called Obamacare.

The doctors who put this paper together say Obamacare is a "great first step, but it's not enough to get us where we need to go."

Justin:
You know what's awesome? Taking care of yourself...not being overweight, not eating in excess, being a healthy person. I go to the doctor rarely...annual check-ups. When you treat your body like garbage, you have to expect to pay for it.

Martha:
It means that we are still ignoring the elephant in the room. The only solution is a single-payer, government-operated basic affordable health care system that will give most people at least a shot at minimal treatment. Some of us might even make it without going bankrupt.

Cy in Arlington, Virginia:
When insurance company CEOs take home tens or hundreds of millions of dollars in compensation, that trickles down to the prostitutes in Congress who don't respect average people and couldn't care less what happens to us or the country.

Kirk :
It's a bogus question. All you have to do is look at Massachusetts since the Romney universal coverage law passed. The rate of increase of insurance premiums has grown at less than half of the rate for the other states.

Doug in Massachusetts:
The statement implies that the middle class is going to go bankrupt paying their medical bills. People should be able to get medical care if it is needed, and not go bankrupt in the process. If the government allocated the revenues they receive more intelligently, a public option should be viable. The 2 billion- a-week being wasted in Afghanistan alone could go towards public health insurance.

Craig:
I can’t afford it and don’t have any insurance so I DO know what that feels like. It’s cheaper for me to just pay for the office visits and prescriptions myself.

Ken in California :
We will just have to give up a luxury like eating.