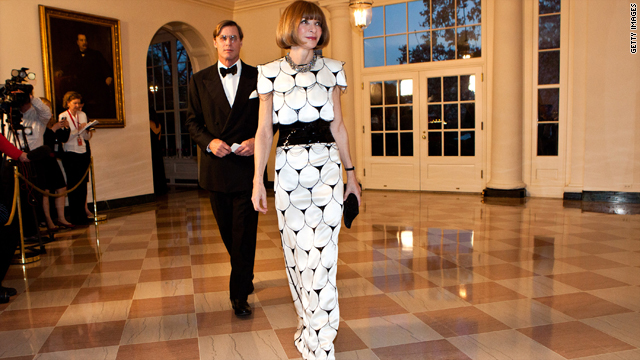 Should campaign fund-raisers be invited to White House state dinners for foreign dignitaries?

Some of the guests included:

Just to name a few.

In total – 47 of the more than 360 expected attendees are campaign bundlers or volunteer fundraisers for Mr. Obama's reelection efforts.

According to ABC News, the group on hand last night raised nearly $11 million of the $250 million President Obama and the Democrats have raised so far for 2012.

Everybody understands election campaigns require money - but is this the proper use of the White House?

These folks are known as "bundlers" and are a big deal in campaign finance. Federal campaign rules limit individual contributions to $2,500. That's where bundlers kick in and raise the big bucks from their associates.

President Obama also invited several campaign donors to a State Dinner for the president of South Korea back in October. Sort of like using the Lincoln bedroom to repay favors, isn't it?

It's not unusual for presidents to reward big supporters by inviting them to dinners with dignitaries. Former Presidents Bill Clinton and George W. Bush did it.

But Mr. Obama ran on "the most sweeping ethics reform in history" back in 2008; and he likes to criticize the role money plays in politics.

Except when it's time to raise money for his reelection.

The more things change in Washington, the more they stay the same.

Here’s my question to you: Should campaign fund-raisers be invited to White House state dinners for foreign dignitaries?