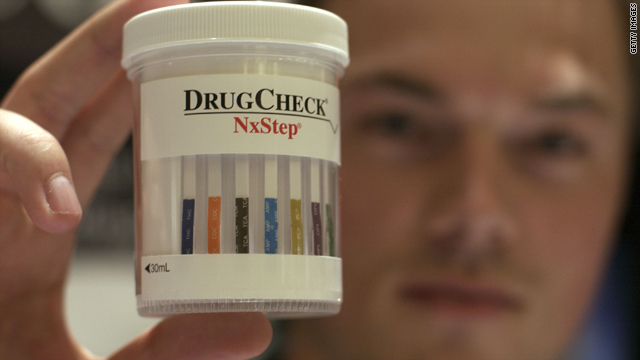 Should applicants for jobless benefits have to pass a drug test?

Arizona could become the first state to require drug tests for applicants for unemployment benefits.

This was part of the deal when Congress agreed last month to extend jobless benefits through the end of the year. That legislation allows states to require drug testing for people who lost their jobs because they failed an employer's drug test - or for those applying for jobs where drug testing is common.

The Arizona State Senate has approved this bill and now it will go to the House for a vote. The Bill's sponsor tells the Huffington Post he would have pushed for this legislation even if Congress hadn't paved the way.

Republican State Senator Steve Smith says the unemployed are fortunate to live in a country where there are programs to help people survive when they're looking for work.

He says the least applicants should do is prove they're of "sound mind to get a job."

Supporters of these drug tests say businesses shouldn't have to subsidize illegal activity. They suggest that workers could also increase their chances of getting hired if they prove they're drug-free.

But critics say drug testing is costly - that it could cost millions for states to administer. They also say drug tests stigmatize the jobless as drug addicts.

Arizona could also run into some resistance here. That's because Congress has left it up to the labor department to determine how many unemployment applicants get drug tests.

Here’s my question to you: Should applicants for jobless benefits have to pass a drug test?

Pat in Michigan:
Absolutely! I had to take a drug test to get my job. Why should I pay to fund a slacker’s drug habit?

Larry in Houston:
That all depends on who's paying for it. Most employers require it nowadays and they have to pay for it. On the other hand, where's the money coming from to test the unemployed? Bottom line is somebody's got to pay for the drug screening.

Ed in California:
For once I agree with the liberal media. Drug testing for unemployment benefits is an excessive intrusion into one's personal life. Don't forget that employees also pay into the unemployment insurance fund so they should have some say in the distribution of benefits.

Metalworker in Illinois:
No! Those benefits also feed children, clothe them and put a roof over their heads. Aren't they being punished enough?

Morgan:
Yes, if they are asking for an extension of their benefits. Most employers require drug tests, and those who are clean can find some kind of work within 8-12 weeks. Beyond that time, there's a reason for chronic unemployment and drugs/alcohol are probably the reason.

Lynne in North Carolina:
No, because that money was paid in by the employees and they are entitled to it when they are out of a job. This does nothing but stigmatizes a group of people.

Augusto:
I think it's o.k. to have applicants pass a drug test. Being drug free (with the exception of prescription meds) is a valid factor in determining if the person is reliable and able to do the work required.

Jerome in Louisville, Kentucky:
Of course not. Leave the unemployed alone, for God's sake. Drug test Congress instead.