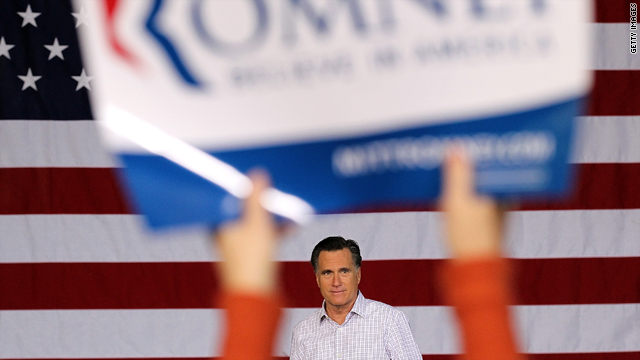 It was all there for the taking, but once again Mitt Romney came up a little short.

Romney's inability to score a knockout on Super Tuesday means the Republican blood bath continues - much to the delight of President Obama and the Democrats.

Romney scored a key victory over Rick Santorum in Ohio and won five other states as well, but his losses were far more telling.

For starters, the former Massachusetts governor has problems in the South, where he couldn't top 28% in any of the contested states. He lost both Georgia and Tennessee.

And as we've seen from the start, Romney has serious issues with the base. Some will never see him as a true conservative. They'd rather back Santorum, who is still fighting the culture wars - talking about birth control, religion and how JFK's stance on the separation of church and state made him want to vomit.

CNN's Howard Kurtz writes in The Daily Beast that there's something distinctly unimpressive about Romney's performance against Santorum - an underfunded former U.S. Senator who lost his last re-election bid by 18-points.

Kurtz says Romney, "projects competence but does not inspire."

Romney is still the party's likely nominee, but it could take a couple more months to wrap it up.

By the way, there is no way Gingrich, Santorum or Paul is going to be the next president. So isn't it past time for them to put their party ahead of themselves and drop out? Apparently not.

Here’s my question to you: Why can't Mitt Romney seal the deal?