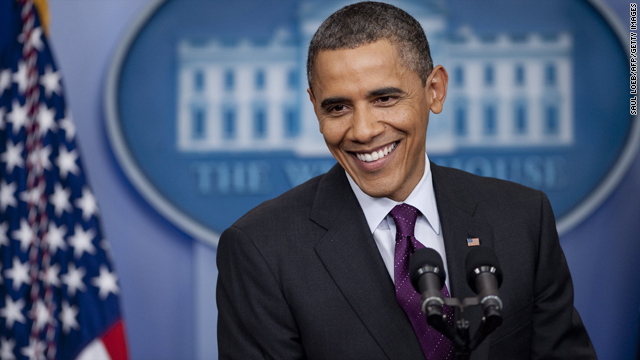 Is a second term becoming inevitable for President Obama?

There's no such thing as a "sure thing" in politics, but it seems increasingly likely that President Obama is on his way to winning a second term.

The biggest factor working in the president's favor might be the Republicans.

In an NBC/Wall Street Journal poll taken before Super Tuesday, only one in 10 adults said the GOP primary has given them a more favorable impression of the Republican Party. People used words like "unenthusiastic," "lesser of two evils," "painful," "uninspiring" and "depressed" to describe the GOP nominating process.

This may partly be why Obama's approval rating has been rising, hitting 50% in our latest poll. The president also tops Mitt Romney in hypothetical matchups.

The remarkably accurate online prediction InTrade puts Obama's chances of being re-elected at 60%.

But it's not just the Republican carnival that's helping the president. The economy is slowly starting to improve. That's huge. And, despite yesterday's sell-off, the stock market has been headed up. Experts say stock prices are rising on growing expectations that the president will win re-election.

Many Republicans see the writing on the wall. Big Republican donors and strategists are turning their attention to congressional races.

They apparently think they have better chances of winning races in the House and Senate than unseating the incumbent Democratic president. It's looking more and more like they might be right.

Here’s my question to you: Is a second term becoming inevitable for President Obama?