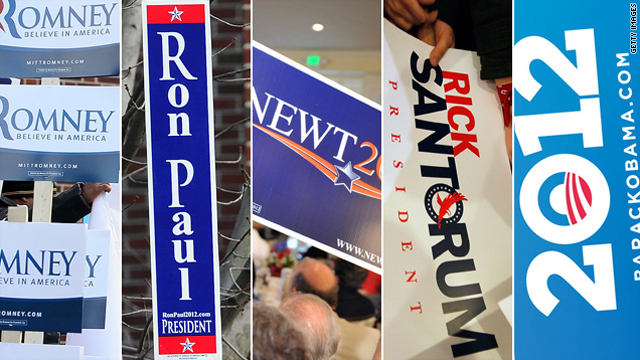 When it comes to being elected president, is it better to be lucky than good?

There's a saying that goes "it's better to be lucky than good."

Turns out it might even apply to presidential politics.

Take President Obama. A few weeks ago, it seemed that re-election could be a real uphill struggle. A weakened economy, extended high unemployment, a failure to deliver on some of his major campaign promises - the polls indicated that the public wasn't as enamored with the president as it once was.

And then the Republicans started their primaries. They've turned out to be a gift to Obama.

Mitt Romney was expecting a coronation. Instead, he's spent months in a mud fight with the likes of Rick Perry, Herman Cain, Newt Gingrich and now Rick Santorum.

Even if Romney wins the nomination - and it looks like he will - he'll enter the general election bloodied. At the same time, the tide has started to turn for the president.

In a Politico piece called "Obama Luckiest in his Enemies," Roger Simon writes that a presidential candidate needs luck more than anything. Simon says Obama has gotten very lucky.

Rush Limbaugh went on the radio and called a Georgetown law student a "slut" and "prostitute" for her position on birth control.

About two dozen advertisers - including AOL - have pulled their ads from "The Rush Limbaugh Show." Two radio stations have taken him off the air, and there may be more to follow.

The biggest gift to Obama? Limbaugh's comments and the pathetic response by the Republicans could drive women away from the party.

Of course, luck can come and go.