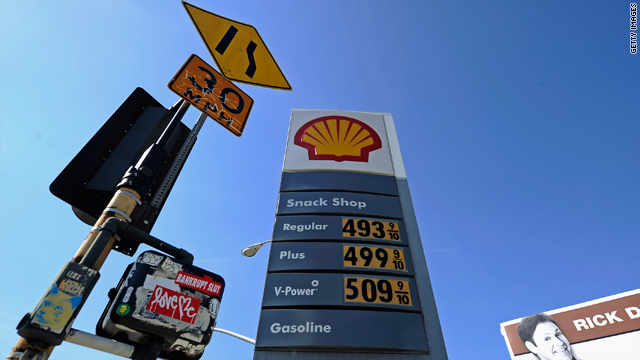 Should price controls be imposed on gasoline?

Gas prices rose for the 22nd day in a row, inching ever closer to a national average of $4 a gallon.

According to triple AAA, the nationwide average is now $3.73 a gallon.

Gas prices are up 14% percent so far this year.

Gasoline is already topping $4 a gallon in several states including California, Alaska and Hawaii and there are reports of $5 gasoline on Long Island. Some suggest we could see gasoline top $6 a gallon.

Gas prices are mainly rising due to soaring oil prices. The market is reflecting fear that tensions with Iran will lead to a war and disrupt oil supplies.

We've been here before:

In the 1970s, the Nixon and Ford administrations imposed price controls on gasoline. They were reacting to rising gas prices caused by OPEC's cuts in production.

But what followed was long lines at gas stations and an artificial shortage of gasoline.

Experts say the most likely outcome of price controls is gas rationing, like what we saw almost 40 years ago.

People panicked to make sure they didn't wind up without gasoline and gas stations only stayed open a few hours a day to empty their tanks.

Since they couldn't raise prices, they would close shop after selling out.

And those who didn't want to wait in long lines bought gas on the black market at steep prices.

But as gasoline prices continue to climb and consumers feel a more intense pain at the pump, there could be pressure on the government to intervene once again.

Just today Secretary of State Hillary Clinton said she is skeptical "about the reasons for the increase in gas prices." She says it deserves "careful attention" from Congress. Good luck with that.

Here’s my question to you: Should price controls be imposed on gasoline?

Bud:
It's understandable that placing price controls on products when prices are inflated is popular, but most economists warn against such action. It interrupts the normal flow of market supply and demand. If memory serves me, Jack, they tried that in the 70's and we got gas lines that stretched for a half mile.

Fred in Menominee, Michigan:
Jack, There should be controls. Gasoline is now a necessity, not a luxury. People need it to get to work, producers need it to move products. It is a key part of our economy. And I'm tired of speculators getting rich off my unavoidable "pump-pain".

Gary in San Jose, California:
No, Jack. Price controls will not work. We need to kick our oil habit and higher prices will help move procrastinators off the fence. We have plenty of alternatives and all we need is a forcing function like higher gas prices to drive the right action.

Didi:
Yes. Besides this, we need to nationalize all of the oil companies. We are driving less and producing more oil than ever before. Nationalize.

Duane in North Dakota:
We need to release oil from the reserves to scare the speculators out of the market place.

Steve in Illinois:
No, this is a perfect example where Republicans have it right (it can happen): "Let market forces work." The only way we're ever gonna get off oil imports is when it's too expensive, then we'll develop the alternatives. Easy for me to say, I don't have a job right now so don't have to drive to work but the theory is sound.