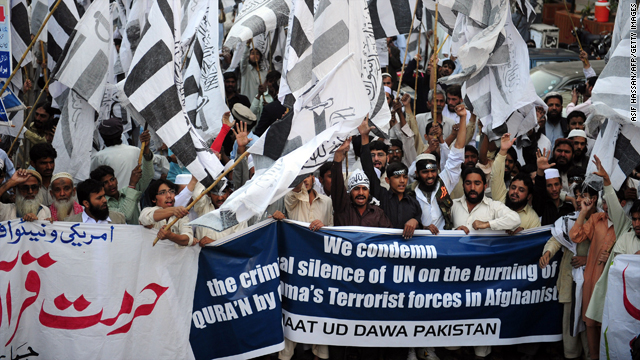 Mark in Berwyn, Pennsylvania:
I am still waiting for an apology for 9/11. Anyone from the Middle East ready to apologize for that? Anyone?

Bob:
If you visit someone’s house and accidently destroy something that has value to them, I have always been taught that an apology is in order. The notion that they should be thankful we are there in an effort to insure their democracy and that we should be held harmless in this situation is absurd.

Richard in Malvern, Pennsylvania:
There is no way that Obama should, once again, apologize to our enemies. What happened was unfortunate and an accident. The only apology should have come from the base commander because this happened under his direct command. Every time Obama gives in to our enemies, I get acid reflux.

Jonathan:
As a proud member of the armed forces (who served my country in this area), I believe an apology was the right thing to do! This is not an issue to take lightly and in situations like this, we need to de-escalate hostility and not increase it! We've just seen a tragic response to this issue that was mild compared to what it could have potentially been!

Mark in Oklahoma City:
President Obama does not have a Foreign Policy....he has an Apology Policy. I'm sure that when Israel and Iran start fighting Mr. Obama already has his "apology" ready to issue to Iran. General Patton is turning over in his grave.