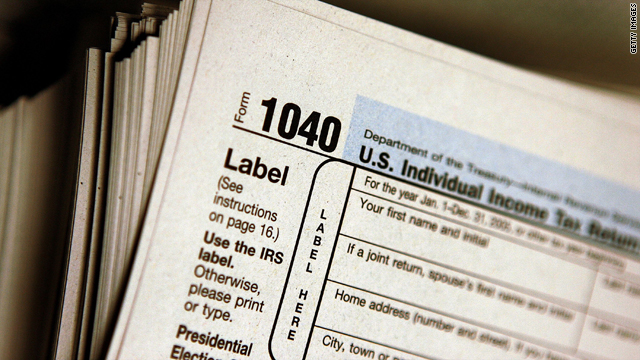 Where is America headed if nearly half of us pay no federal income tax?

Republicans may manage to lose an election they could win - against a weakened incumbent in a troubled economy - which is why many in the party are dissatisfied with the state of the GOP race for president and the remaining candidates.

There's Mitt Romney, who's been running for six years, has all the money in the world and still can't get the party to line up behind him. Newt Gingrich seems to have done himself in after a couple of spikes of momentum. Ron Paul has rabid supporters, just not enough of them to make a difference.

And of course, Rick Santorum, the current flavor of the month - who has a history of controversial comments, including about Satan, and lost his own U.S. Senate seat in Pennsylvania by double digits.

It's no wonder that some Republicans are still looking for a savior.

A new Quinnipiac poll shows that New Jersey Gov. Chris Christie is the top choice of Republicans if there winds up being a "brokered convention." Christie - who gets 32% support - is followed by former Govs. Sarah Palin and Jeb Bush at 20% and Indiana Gov. Mitch Daniels at 15%.

One of the reasons that a lot of people like Christie is because he's such a straight talker. Most recently, he told Warren Buffett to "just write a check and shut up." Gotta love it.

Christie is a Romney supporter who insists he's not interested in running himself. Too bad. You could put the Christie-Obama debates on pay-per-view and retire the national debt.

Here’s my question to you: Where is America headed if nearly half of us pay no federal income tax?

Jeff in Minnesota:
As one of those who pays and seems to pay a lot, I'm very frustrated that many people and corporations pay nothing. And a lot of those people and corporations not paying make a lot more than I do and have a lot more wealth than I do. I work hard for my money, it was not given to me. I realize that the government needs money to run, but why is that burden on such a small few with everyone else getting a free ride? That is what has to change and that is what is driving people nuts.

Brad in Portland, Oregon:
Nearly half of Americans pay no income tax because THEY'RE LIVING IN POVERTY. They have just barely enough money to live on. And they're still paying payroll tax, property tax, sales tax, and many other taxes. The 400 richest Americans have more wealth than the bottom HALF of the American people COMBINED. If you want to tax people and actually generate real revenue, you need to go where the money is. And that's not in the bottom half of the population.

Janne in North Carolina:
Those of us who pay taxes are going to become more and more resentful of those who do not. Especially when we are constantly ridiculed by the administration that we are not doing enough. How much is enough??!! The president is going to get that class warfare that he wants but it may come as a surprise when it comes from the top.

DT in St. Paul, Minnesota:
I've never understood this concern, but maybe it’s because I allow myself to see the truth. Half of us pay no taxes. True. Half of us also have NO MONEY. If you don't want to distribute the wealth evenly, how does it make sense to try and distribute the tax burden evenly?

Tom in New York:
Probably China. They have the jobs we were promised.