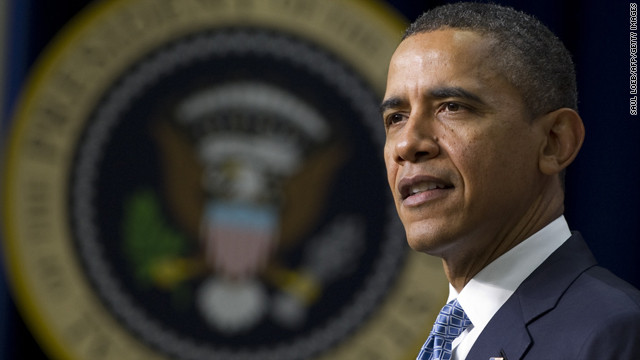 Where is the U.S. headed if Pres. Obama is adding an estimated $5 trillion to the national debt in his first term?

President Obama has broken a promise to the American people to cut the deficit in half.

His latest budget forecasts a $901 billion budget deficit for 2013.

If you add in the $1 trillion-plus deficits he has run for his first three years in office, along with an estimated $200 billion in economic stimulus, that's about $5 trillion in the red in his first term.

George W. Bush set the previous record of $3.4 trillion of deficits in eight years. President Obama is on track to add $5 trillion in deficits in just four years. This is part of the reason why our national debt is now a whopping $15 trillion.

The Weekly Standard crunches the numbers to find that deficit spending just under President Obama equals more than $17,000 per person or about $70,000 for a family of four.

In February 2009, shortly after President Obama took office, he pledged to cut the $1.3 trillion deficit he inherited from President Bush in half by the end of his first term.

"I refuse to leave our children with a debt that they cannot repay – and that means taking responsibility right now, in this administration, for getting our spending under control."

Meanwhile, a quick look at what's happening around the world could provide a glimpse of our own future.

Here’s my question to you: Where is the U.S. headed if Pres. Obama is adding an estimated $5 trillion to the national debt in his first term?

END_OF_DOCUMENT_TOKEN_TO_BE_REPLACED 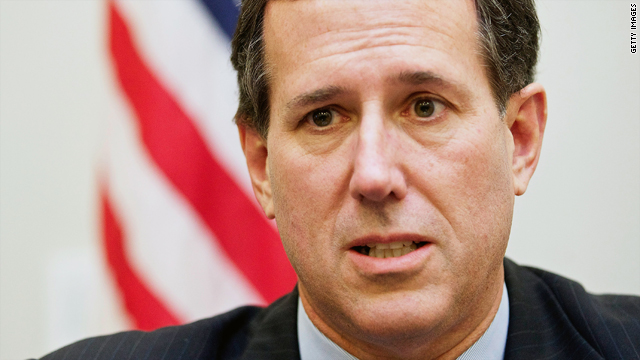 Does Rick Santorum have electability issues if he lost his Pennsylvania U.S. Senate seat by 18 points?

Rick Santorum says he can win swing states, but he lost a third Senate term in his own Pennsylvania by a whopping 18-point margin.

A stunning defeat for a two-term incumbent.

Santorum lost almost every region in Pennsylvania and almost every demographic group - including blue collar workers.

Supporters say Santorum lost the 2006 race due to a tough political climate for Republicans: President George W. Bush was unpopular, as was the Iraq war.

But there was more than that to Santorum's landslide loss - a lot more.

And if Mitt Romney wants to defeat Rick Santorum - who is the current flavor of the month in the polls - all he has to do is read some of this stuff aloud at campaign stops:

In 2006, Santorum faced charges of hypocrisy for living in Virginia with his family while a U.S. Senator from Pennsylvania and allowing a Pennsylvania school to pay for his children's online education.

He blamed "radical feminists" for forcing women to work and questioned the need for two-working-parent households. Try explaining that to Americans struggling to make ends meet.

Santorum has compared homosexuality to incest and polygamy and suggested that Boston liberals were to blame for the Catholic Church sex abuse scandal. Can you spell wacko?

Santorum also inserted himself into the Terri Schiavo case - where some members of the government thought it was their job, not the family's, to decide if a brain-damaged woman should have her feeding tube removed. It was a disgrace.

Here’s my question to you: Does Rick Santorum have electability issues if he lost his Pennsylvania U.S. Senate seat by 18 points?