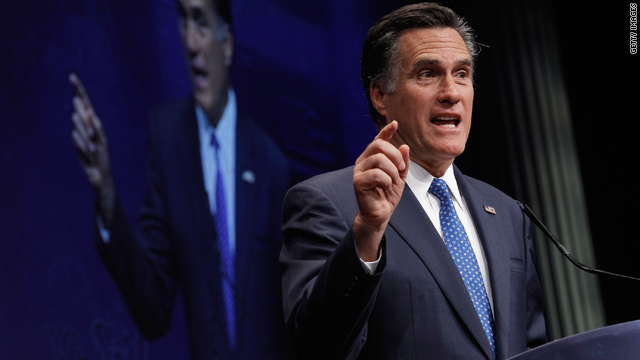 Mitt Romney's not selling what conservatives want to buy.

His focus on jobs and the economy just isn't connecting with the right wing of the GOP.

Peter Beinart writes in The Daily Beast that the Republican base is more fired up about how to keep government from destroying liberty than how to use government to grow the economy.

Yes, conservatives see shrinking government and boosting the economy as related, but their focus is on greater freedom.

It helps explain the success of many of the GOP candidates who have caught fire this time around - from Michele Bachmann to Ron Paul, Newt Gingrich, and currently Rick Santorum.

All of them have described the 2012 election on some level as a struggle between government tyranny and individual freedom.

Chances are in November, more Americans will want to hear about how the next president can fix the economy and create jobs - which would play into Romney's strengths.

But for now he needs to figure out how to make conservatives like him.

And, here's a hint: His speech at the Conservative Politcal Action Conference is not the answer. In it, Romney described himself as a "severely conservative Republican governor." That's just awful.

It once again highlighted his problems on the right.

But Romney did get some good news over the weekend. After the Santorum sweep last Tuesday, Romney narrowly defeated Ron Paul to win the Maine caucuses, and he won the straw poll vote at CPAC.

And there's this: Should Romney become the nominee, conservatives could fall into line faster if they think it means defeating President Obama.

Here’s my question to you: Why can't Mitt Romney catch fire with conservatives?