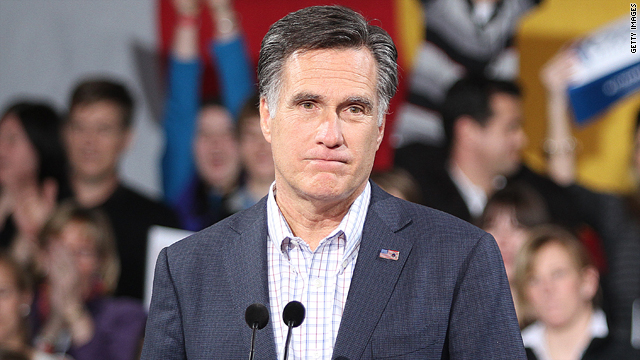 What advice would you give Mitt Romney?

Mitt Romney has been running for president for six years – and he still can't seal the deal.

After losing the Republican nomination to John McCain in 2008, Romney became the presumptive nominee this time around.

The problem is, no one told the rank-and-file Republicans.

And instead of a coronation for Romney, Republican voters have spent the past year holding tryouts for candidates to fill the anyone-but-Romney slot.

And if Santorum's sweep this week didn't shake Romney up, it should have. Compared with Romney, Santorum has little money or organization. But conservative voters like him.

For many, the bottom line is that Romney just hasn't been able to connect. He is seen as out of touch, too scripted and even aloof.

Think about the infamous $10,000 bet he offered during one debate or his comment that he's not that worried about the very poor.

Furthermore, it's not really clear what Romney's message is, other than attacking President Obama. As Howard Kurtz writes in the Daily Beast, Romney "lacks an animating idea that would bring voters to their feet."

Romney is still the likely Republican nominee. However, with low voter turnout and a lack of enthusiasm among Republicans, there are signs that he might not fare that well against Obama.

InTrade, the online betting site with a high accuracy in predicting elections, puts Obama's chances of winning in November at 60%. Romney's odds are only 32%.

Here’s my question to you: What advice would you give Mitt Romney?