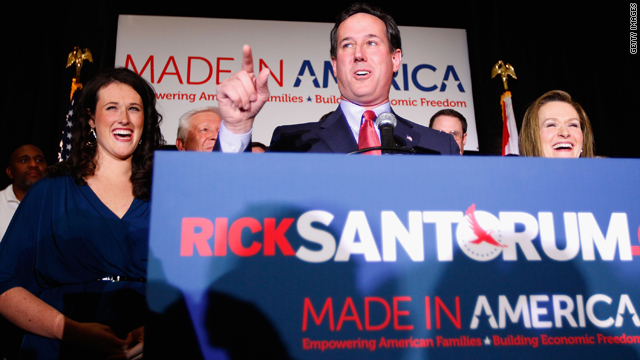 How does Rick Santorum's sweep change the race?

The Santorum sweep of Missouri, Minnesota, and Colorado once again raises serious questions about why many conservatives can't stomach Mitt Romney.

One, it wasn't even close. And two, Romney failed in places where he was successful four years ago.

Santorum had more than double Romney's support in Missouri.

Romney came in third in Minnesota, a state he won in 2008.

And worst of all for Romney, he was losing Colorado, where he won 60% of the vote last time around.

Begala described Romney's losses this way, "There's a technical term in political consulting for a performance like that: It's called sucking."

Although Romney is still the GOP's likely nominee, Tuesday’s thumpings will make more people wonder about his electability.

Santorum is now out to convince Republicans that he, not Newt Gingrich, is the strongest conservative challenger to Romney.

And the convergence of recent events is a conservative's dream come true, from the Komen Planned Parenthood uproar to the Proposition 8 ruling in California to President Obama's dust-up with the Catholic Church over birth control.

As for Gingrich, his showing pretty much confirmed that it's over for him.

For Republicans, none of this can be very encouraging. Low turnout in Tuesday’s races suggests Republican voters aren't overly thrilled with any of their choices.

President Obama must be watching all this the way NASCAR fans enjoy a multi-car pileup at the race track.

Here’s my question to you: How does Rick Santorum's sweep change the race? 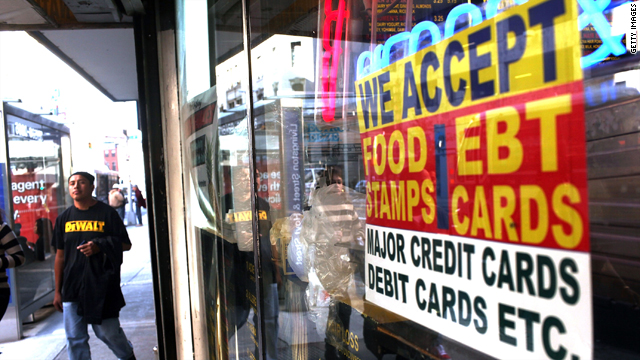 What does it mean when half of Americans live in a household that gets government assistance?

Nearly half of Americans live in a household that receives government assistance.

This stunning finding comes from a new report from a George Mason University-based research center.

More than one-in-three Americans lived in a household getting Medicaid, food stamps or other means-based government assistance in 2010.

When you add in those getting Social Security, Medicare and unemployment benefits, it represents almost half of the country.

The federal government sent a record total of $2 trillion to individuals in 2010. The stunning part is that's up 75% from a decade ago.

There's another new study from the conservative think tank the Heritage Foundation that shows the public's dependence on the federal government shot up 23% in just two-years under President Obama.

This comes at a time when fewer Americans - less than half of us - pay income taxes.

Some say the rise in dependence under President Obama is due to the recession and high unemployment. But others say extending unemployment benefits indefinitely actually keeps unemployment rates higher because it creates an incentive not to work.

Meanwhile the country's safety net has become a hot topic in the presidential race.

Mitt Romney is under fire for saying he's not concerned about the very poor because they have an "ample" safety net. It's a comment I bet he wishes he could take back.

Here’s my question to you: What does it mean when half of Americans live in a household that gets government assistance?