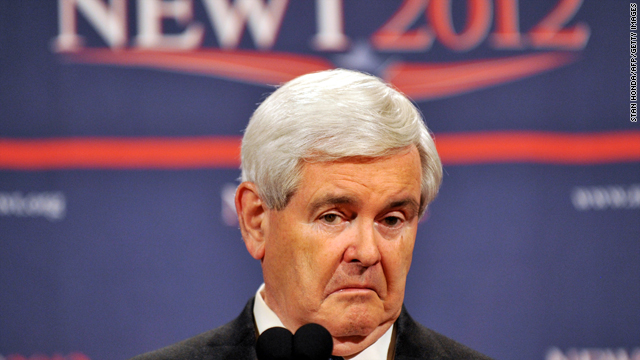 Is Newt Gingrich kidding himself at this point?

Another primary/caucus day - and with it, yet another day of bad news for Newt Gingrich. In this case, it looks like three more losses.

For starters, Gingrich isn't even on the ballot in Missouri. Plus, recent polling shows him in third place in Colorado and Minnesota. That’s probably why Gingrich is in none of these states today, choosing instead to campaign in Ohio.

Newt's future doesn't look too bright at this point. There are two more weeks to go before the next debate, where he tends to excel. At the end of the month come Arizona and Michigan. Romney is favored in both.

Super Tuesday is on March 6, but Gingrich has even given up on getting on the ballot in his adopted home state of Virginia that day.

When Gingrich took a beating at the hands of Mitt Romney in Nevada - much like he did in Florida - he seemed to ignore the results.

Gingrich held a bizarre news conference after the Nevada loss in which he vowed to "find a series of victories which by the end of the Texas primary will leave us at parity" with Romney.

The writing is on the wall for Newt - but it appears he's the only one who can't see it. Former candidate Michele Bachmann says she thinks the race will soon be over; and tea party leader Dick Armey says Gingrich is a lost cause for those voters.

Meanwhile, here’s one more sign that Gingrich is losing touch: Wikipedia says Gingrich's communications director has made or requested dozens of edits on Gingrich's behalf. These include factual references to Gingrich's three marriages and ethics charges brought against him while U.S. House speaker.

Here’s my question to you: Is Newt Gingrich kidding himself at this point? 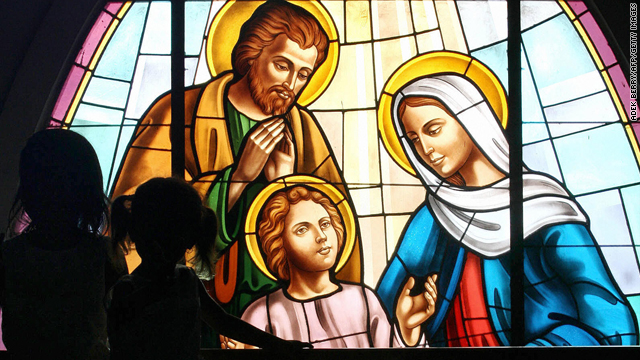 Does Pres. Obama risk alienating Catholic voters because of the birth control part of his health care law?

The Catholic Church is at odds with President Obama - which is not a comforting thought for Democrats in an election year.

And it all goes back to the president's health care law.

Catholic leaders are furious over a provision that requires all employers - including religious ones - to pay for contraceptives through health insurance plans.

This includes the birth control pill and Plan B.

Churches are exempt, but religious hospitals and schools must comply.

Critics say this provision violates their freedom of religion.

The Catholic Church opposes the use of contraceptives even though a large number of rank-and-file Catholics disagree.

Catholic leaders have called for protests and are asking the faithful to put political pressure on the administration. They say they will fight this thing out "with lawsuits, with court decisions, and maybe even in the streets."

Like we said, not what Mr. Obama needs in an election year.

Which is probably why the president's re-election campaign now says they're open to compromise.

David Axelrod tells MSNBC that they'll look for a way forward that "both guarantees women that basic preventive care that they need and respects the prerogatives of religious institutions."

There are 70 million Catholics in the U.S. and a lot of them live in critical swing states like Ohio, Pennsylvania, Colorado and Florida.

Here’s my question to you: Does Pres. Obama risk alienating Catholic voters because of the birth control part of his health care law?