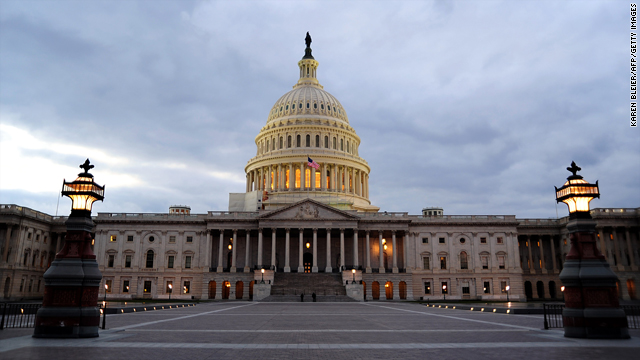 Mark in New Jersey:
Yes, Jack. They should continue to strive to complete their perfect record of accomplishing absolutely nothing. Seriously, if the military budget is cut as a result of the super committee, we might damage our position of having a larger military budget than all of the countries in the rest of the world combined, along with probably the one with the most fraud and abuse, cost overruns and waste as well.

Russ:
Does it really matter? The only thing government pretends to cut are projections not actual spending.

Jenny in Nanuet, New York:
No. The automatic spending cuts were put in place to try to force Congress to pass legislation and they failed to do so. They can't just undo those cuts. They knew the circumstances.

Rick in Overland Park, Kansas:
No! And when you say, "No one is willing to talk about it"… have you heard Ron Paul or Mitch Daniels? The only people not talking about it are Obama and his administration! Where's Harry Reid? Where's Nancy Pelosi? Where was the president on this subject during the State of the Union?

Pete in Florida:
Of course not, but they will - while each party points its fingers at the other for their incredible dishonesty, incompetence and lack of character. What a charade! Meanwhile, come November the typically ignorant and gullible voters will denounce Congress while voting their own incumbents back into office.