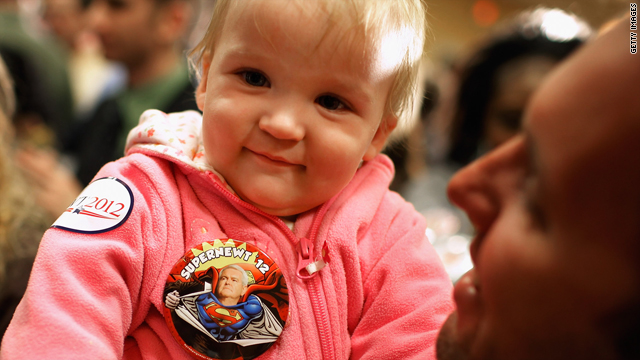 If Newt Gingrich gets blown out in Florida, is it time to drop out?

Things aren't looking pretty for Newt Gingrich in Florida, but that doesn't seem to matter much to him.

Despite trailing Mitt Romney in the polls by double digits and being outspent by an estimated $12 million in the Sunshine State, Gingrich is vowing to stay in the race all the way to the convention.

And that has some Republicans worried.

They're concerned that if Romney and Gingrich keep battling for months to come, it could weaken the eventual nominee, who then must face off against President Obama in the fall.

Others suggest that a prolonged fight makes both Gingrich and Romney better candidates.

A piece in Politico called “Why Newt Won't Quit” suggests that for Gingrich, the next great challenge of the campaign comes from within:

"Gingrich may have the will to keep fighting, but whether he's capable of keeping his cool, delivering a consistent message and executing a long-shot plan to overtake Romney is an altogether different matter."

Also working against Gingrich, no more debates until February 22.

Meanwhile, although Gingrich is vowing to stay in it for the long haul, his campaign is already lowering expectations for some of February's races.

The campaign says Michigan and Nevada will be difficult contests for their candidate. Romney won both states in 2008. Also, Michigan is Romney's birth state, and his father was governor there; Nevada has a lot of Mormons.

The question is whether the money and the media attention will dry up before then.

Here’s my question to you: If Newt Gingrich gets blown out in Florida, is it time to drop out?

Pam in Texas:
No. If Santorum and Paul were to drop out, I believe the majority of their votes would go to Gingrich. And if you add up all the votes "NOT" for Romney, he's not "winning". And that's what the Gingrich campaign is hoping for. Thus you're looking at a very interesting primary and I cannot wait to see the convention.

Thomas:
With the economy in the toilet and millions of Americans out of work we need a candidate brave enough to talk about what really matters - colonizing the moon.

Harry:
For the good of the country, Gingrich should drop out. But for the good of Obama's re-election bid, he needs to stay in until the convention.

Fred in Mississippi:
No, Jack, because there are still a bunch of southern states that haven't voted yet. In some of those southern states, my state of Mississippi in particular, Gingrich has a higher favorability than Romney. I believe that if Gingrich stays in the race, he will win the southern states and become the nominee regardless of the results are in Florida.

Donald in Danville, California:
Newt will carry on, hoping Rick Santorum drops out to pick up more conservatives. However the "Shock and Awe" of the Romney ad money barrage could give him, or anyone, pause. Newt needs to "remain relevant" in February and somehow hang on until he can get back to Georgia. Hopefully, like another Northerner, Romney has not begun his march to the sea by then.

S. in Pensacola, Florida:
Don't think so. I think Mitt and Newt should run as a President-VP ticket. The combination would be perfect. Mitt + Newt = Mewt. And that’s about right in any case.