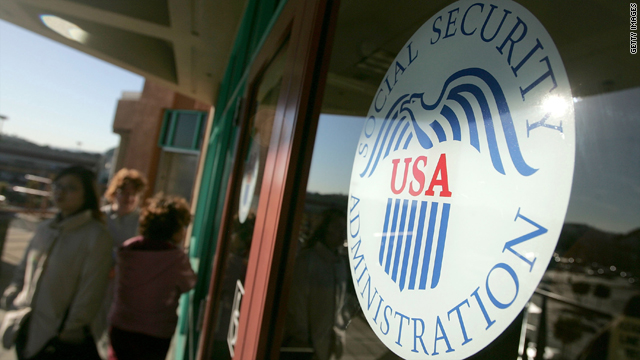 At a time when the government should be making drastic spending cuts across the board, they might want to start with their own.

A new report out by the congressional budget office shows federal workers get much better benefits - including health insurance, retirement and vacation - than private sector workers.

On average, the federal government spends 48% more on benefits for its employees than private employers do.

But there's a big difference when you break it down by education.

For example, for federal workers with only a high school diploma, their benefits are 72% higher, and their wages are 21% higher than they would be in the private sector.

On the other hand, workers with doctorates or professional degrees are worse off working for the government. Their benefits are about the same and they earn 23% less than those in the private sector.

The CBO report suggests retirement benefits could be the key here. That's because most retired federal workers get pensions and subsidized health insurance. Not so for the private sector.

Overall, it's estimated that the government paid 16% more last year in salary and benefits than it would have for the same workforce in the private sector.

There are roughly 2.3 million federal civilian employees - less than 2% of the total U.S. workforce.

In 2010, Congress and President Obama agreed to a two-year federal pay freeze.

But the president now wants a 0.5% pay increase for federal workers in 2013. Hey, it's an election year.

Here’s my question to you: Do federal workers deserve better benefits and higher salaries than private sector employees?

Chandler in Rockaway, New Jersey:
Jack, It's not a question of what they deserve. In the past, the deal with government service was that you didn't get paid as much as the private sector, but the benefits were comparatively generous. Private sector jobs used to come with pensions and subsidized retiree health care too. What has happened is not that government workers are so overcompensated, but wages and benefits in the private sector have been so beaten down that government jobs look good by comparison.

Dave in Florida:
This is a trick question, right? Are we talking about the same bureaucrats that keep throwing red tape at you, keep you standing in line or on hold for hours, who treat you like livestock, who do in one month what the rest of us can do in an hour, who can’t understand that because you are out of work that you can’t give them a place of employment,? The people who can only get government work because they could never keep a real job in the real world?

Gord in New Jersey:
There's no easy answer to this one, Jack. If you want to hire federal securities examiners who can go toe-to-toe with Wall Street lawyers, you are not going to get the best people to work for teachers' salaries. At the same time, there are probably quite a few people in government holding do-little jobs with comfortable salaries.

Pete in Georgia:
This question is a joke, right?