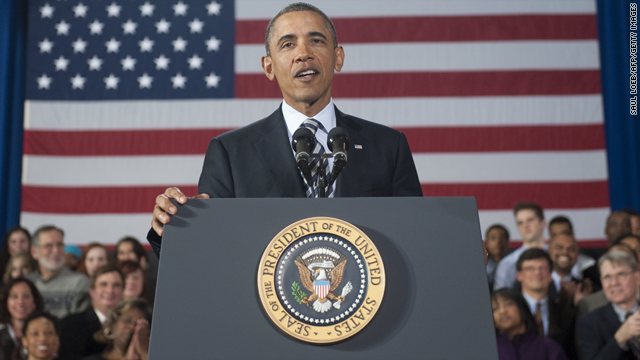 Can President Obama win re-election without the support of independents?

President Obama has a serious problem with independents - and it just might cost him a second term.

A new CBS/New York Times poll shows only 31% of independents have a favorable opinion of Mr. Obama.

Compare that to 2008, when Mr. Obama defeated John McCain by winning 52% of the independent vote.

According to this poll:

2/3 of independents say the president has not made real progress in fixing the economy, the nation's top issue.

More than half say they don't have a clear idea of what Mr. Obama hopes to accomplish if he is re-elected.

6 in 10 independents say the president doesn't share their priorities for the country.

None of this is good news for the president. It's no coincidence Mr. Obama is out with his first major TV advertising campaign today in several battleground states. One of the targets of this campaign: the crucial swing voters.

The news is not all bad here for Mr. Obama, though. There could be an opening for the president to win back some of these independents.

Although Republicans think Mitt Romney has the best chance of beating Mr. Obama - and it's looking more and more like Romney will be the nominee - almost half of independents say they haven't formed an opinion of him yet.

Nevertheless, for the time being, many independents are disappointed and disillusioned with President Obama and the state of the country. They think the president has failed to deliver on many of his promises of four years ago; and if the election were held today, a lot of them wouldn't vote for him.

Here’s my question to you: Can President Obama win re-election without the support of independents?