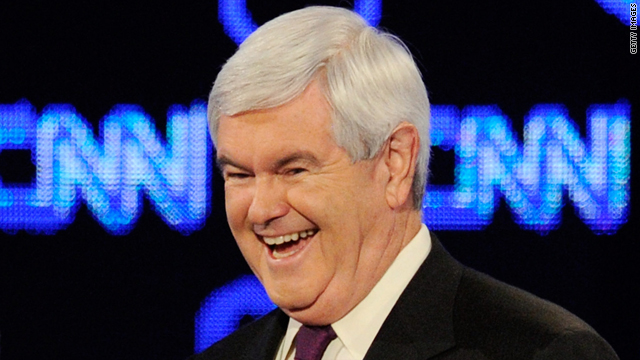 Does Newt Gingrich not have a clue when it comes to African Americans?

Newt Gingrich is clueless when in comes to African-Americans. So writes Peter Beinart in a pretty tough Daily Beast column using Gingrich's own words from last night's Republican debate as proof.

Before we start here, keep in mind this debate was held in South Carolina on Martin Luther King Jr. Day.

Juan Williams, who was one of the moderators and is black, asked Gingrich whether some poor and minority voters might be insulted by his comments, as when Gingrich said poor kids lack a work ethic and black people should be instructed to demand jobs, not food stamps.

Gingrich, a native Georgian, pretty much dismissed the question as the crowd applauded. So Williams tried again, asking if Gingrich's words aren't belittling to the poor and blacks.

Williams: You saw some of this reaction during your visit to a black church in South Carolina, where a woman asked you why you refer to President Obama as "the food stamp president." It sounds as if you are seeking to belittle people.

Gingrich: Well, first of all, Juan, the fact is that more people have been put on food stamps by Barack Obama than any president in American history.

Now, I know among the politically correct, you're not supposed to use facts that are uncomfortable.

Gingrich finished this exchange with a standing ovation from the mostly white crowd.

Beinart writes what is fascinating here is that Gingrich is not a racist and he believes the former house speaker genuinely cares about black poor people. Beinart suggests Gingrich's problem is ignorance. Suggesting blacks and their leaders don't consider jobs important shows how out of touch Gingrich is with African-American politics and the priority black leaders have put on jobs.

What's more - and this is probably the worst part - Gingrich doesn't get why calling Obama the "food stamp" president is highly offensive to blacks, given the history of blacks in this country.

Beinart writes: "The most plausible explanation is that Gingrich inhabits a cultural and intellectual bubble. A bubble called the Republican Party."

That’s tough stuff - and not so encouraging for the Republican Party when it comes to getting black voters.

Here’s my question to you: Does Newt Gingrich not have a clue when it comes to African Americans?

Avery:
Newt has no clue. Mentioning black children specifically and linking them to "the poor" who receive assistance is biased and racist. It's a shame because if you just take out the black reference his ideas are almost viable. It will be next to impossible for the general black vote to overcome their view of Gingrich when they have President Obama to compare him to. That's a lot of votes.

Richard in Malvern, Pennsylvania:
Newt said nothing that should be construed as a negative to black Americans. We should all be treated as equals and if he is taken as a racist or insensitive, then the liberals are not being realists and are looking to play the 'race card' once again. If a job is available, take it, and learn from it; don't whine because you think it is beneath you. You will be a better person for it whether you are black or white.

David:
Gingrich doesn't have a clue when it comes to anything other than his own precious self.

Joshua:
No, but neither does Obama.

Ray in Knoxville:
He's not talking to or for the black audience, nor does he care about them or what they think. He is talking to the white majority in this country and hoping that he can convince the large block of centrist independents to climb on board the fear wagon that Barack Obama's election created in the ranks of right wing white America.

Jayne in New Hampshire:
Anyone who makes $60,000 a pop for a speech and has a million dollar credit line at Tiffany's doesn't have a clue about 99% of Americans of any color.