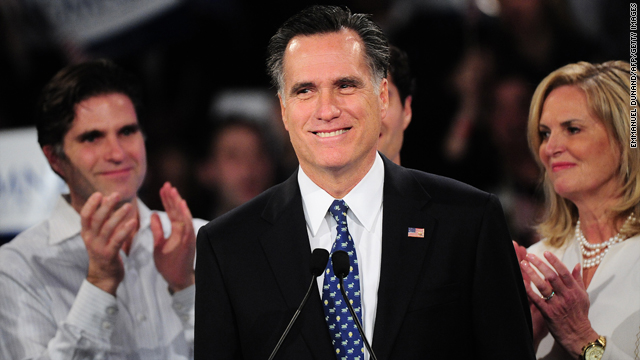 If Romney wins the nomination, who should be his VP?

With Iowa and New Hampshire in his rear view mirror and South Carolina and Florida looking like two more potential victories, Mitt Romney is looking like he's going to be tough to beat.

If Romney goes on to win the Republican nomination, the next question becomes: Who is the best pick for vice president to round out the ticket?

For starters, nominees usually take a look at their former competitors, although it's hard to imagine Romney picking Newt Gingrich to be his No. 2.

A recent column on TheStreet.com suggests the Republican winner should look for a VP with a strong business background, experience, and someone who can avoid the so-called Palin syndrome. Translation: They should be able to name some newspapers they read and a couple of Supreme Court cases.

Christie has been campaigning for Romney to sell-out crowds in New Hampshire. Sort of a political odd couple.

"Really? You know something may go down tonight, but it ain't gonna be jobs sweetheart."

Christie would certainly spice up the ticket and might be more willing to go on the attack so Romney wouldn't have to.

As a side note, here is my political fantasy: President Obama convinces Hillary Clinton to replace Joe Biden on the Democratic side.

Then a series of debates is scheduled between Clinton and Christie: It would be much more entertaining than debates between Romney and Obama. It would be huge. Hey, we can dream, right?

Here’s my question to you: If Mitt Romney goes on to win the nomination, who should be his VP?