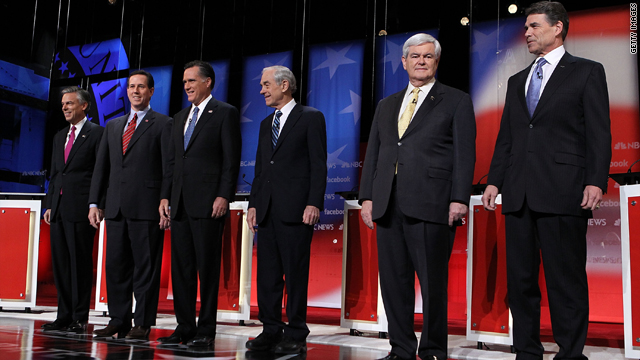 How would you reform the political debate process?

There is a growing debate about the debates - and rightfully so.

A growing chorus of voices is suggesting that the presidential primary debate process has gotten out of hand and needs to be reined in.

I couldn't agree more. So far, there have been at least 15 debates between the Republican presidential wannabes - including two over a 12-hour period this weekend. And there are more to come.

Republican strategist Mark McKinnon writes in The Daily Beast that the primary debate process has "gone rogue." He suggests the media took complete control from the parties and the candidates and that the focus of these debates is now "entertainment and eyeballs."

McKinnon says as there are more and more debates, there is less and less time for the candidates to talk directly to voters on the campaign trail.

He also criticizes the format where the moderators are the story, questions are meant to spark conflict, some of the questions are downright silly, and serious questions are limited to 60-second solutions and 30-second rebuttals.

Plus, since media outlets can decide which candidates can participate, they effectively handicap the candidacy of those not allowed in.

Several top Republicans agree that the party needs to take more control over the process.

But not everyone is on-board. Lower-tier candidates stand to benefit from more debates because it's free air time. Candidates like Newt Gingrich and Herman Cain jumped in the polls after their debate performances.

And news organizations have been getting big ratings from the many debates suggesting there is an appetite for them.
Here’s my question to you: How would you reform the political debate process? 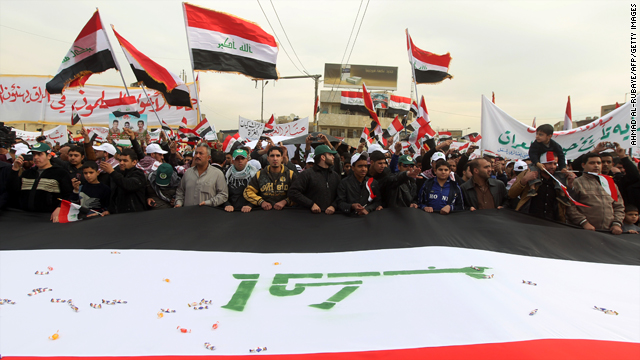 Was it wrong for the U.S. to just walk away from Iraq?

Just as many predicted would happen, a civil war is threatening to consume Iraq.

On Monday, car bomb attacks in Baghdad killed at least 12 people and wounded more than 50 others.

The bombs targeted a Shiite mosque and market.

A roadside bomb earlier Monday also killed at least one Shiite pilgrim and wounded 10 others.

Hundreds of thousands of Shiites are making their way to Karbala for a pilgrimage and they've been the target of nearly daily attacks.

This spike in violence comes during one of Iraq's worst political crises since the U.S. invasion.

With U.S. military forces gone, the Iraqi government is tied up in a political gridlock along sectarian lines. Many are worried a civil war is around the corner.

Sen. John McCain, R-Arizona, says Iraq is in the process of "unraveling" and could split into three states: Sunni, Shiite and Kurdish.

McCain blames the Obama administration for failing to secure a long-term troop agreement with the Iraqi government.

To put it bluntly: Iraq's problems are too numerous to count.

There's the Shiite-Sunni warring politicians, the almost daily bombings, the power vacuum left when American troops withdrew that's now being filled by everyone from al Qaeda in Iraq to Sunni militants to Shiite militias, often backed by Iran.

And there's the turmoil in neighboring Syria. If the Al-Assad regime falls, it could send thousands of Sunni refugees, who fled to Syria after the fall of Saddam Hussein, back to Iraq. Not pretty.

Here’s my question to you: Was it wrong for the U.S. to just walk away from Iraq?