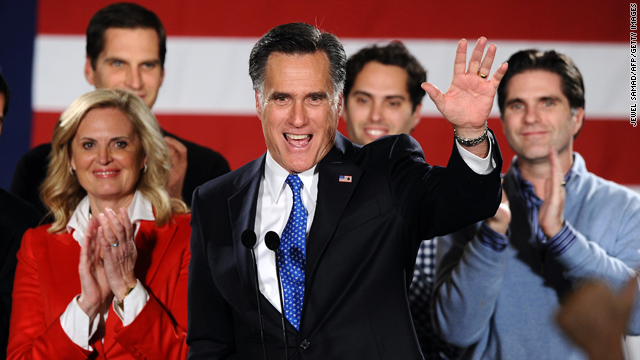 How much faith do you have in an online betting site to pick the winner in the Republican primary?

While some of us obsess over the polls, maybe there's a better way:

In Ireland there is an online betting parlor which boasts stunning accuracy in predicting the outcome of elections.

Intrade is a website which lets users swap contracts on events and its users are amazingly good at getting election results right.

In the 2004 presidential election Intrade bettors correctly picked the winner of every single state. In 2008 - they missed only two.

And, not to discourage the gaggle of GOP wannabees this year, but according to Intrade they have no shot. None.

Intrade pegs Romney at an 80% chance of winning the nomination. The next closest candidate is Newt Gingrich at 5%.

Which means the crop of Republican hopefuls can probably go home now and dream of what might have been.

Granted some of them will now that Iowa is over - see Michele Bachmann - and especially after New Hampshire is over, where Romney is expected to win by a landslide.

But there will likely be a few who refuse to recognize reality and instead stumble forward into South Carolina and beyond, spending other people's money, banging their jaws together in a never-ending quest to avoid what in their heart of hearts they know is going to happen anyway: They're going to lose.

And according to Intrade, if their name isn't Romney, they've already lost.

So wouldn't it be better if they just went away? Yes, it would. For all of us.

We're one week into the election year and I'm already tired of it.

I remember the national root canal that was Barack Obama vs. Hillary Clinton... as the two of them lurched from one primary to the next in a vicious knife fight for delegates that I thought would never end.

In the end, the country has a clear case of political fatigue.

If you believe Intrade, we can avoid all that.

Here’s my question to you: How much faith do you have in an online betting site to pick the winner in the Republican primary?

Doug in Massachusetts:
You could ask an Aboriginal tribesman, from the deepest outback in Australia, who the Republican nominee is going to be and he will correctly say Mitt. The special interest groups have gotten so powerful they don't even try to hide it anymore. They just say: Here, here is your candidate, so go out and vote, have a good time, and don't try to rock the boat. Doesn't matter who you pick because the special interest groups own them all.

George in New Hampshire:
I have a lot of faith in it. Have you ever watched how well Vegas sets the betting lines for the NFL games? Come on Jack! Give me $50 on Mitt.

Mark in Houston:
Best part of your question was: "We're one week into the election year and I'm already tired of it". Couldn't agree more. As for having faith in a betting system, sure why not? Seems to work as well as any of the 24/7 panels of experts and their never ending dissections of polls. Why not just skip all that hot air and watch the odds out of Ireland...report of them couple of times a day and let us watch some news of value.

Douglas in Connecticut:
An interesting concept, and impressive numbers, but I think I’ll stick to the more conservative opinion of Wolf Blitzer and just wait for them to count the vote.

Cheryl in South Carolina:
Jack, While I believe Intrade is 100% correct that Romney will be the candidate, why in the world would you want to end this circus early?