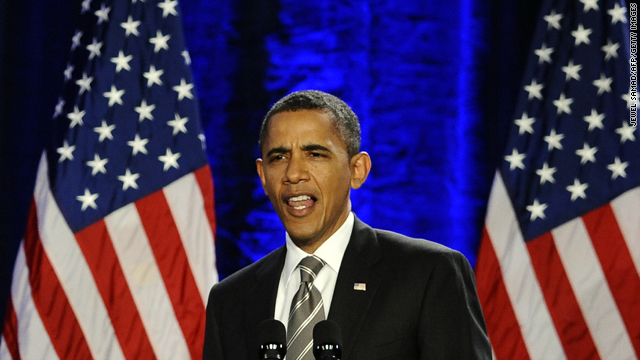 How damaging is it when a Democratic congressman criticizes President Obama as a "professor" who is arrogant and alienating?

It's the kind of thing you'd expect to hear from Republicans, but not Democrats.

Congressman Dennis Cardoza - a Democrat - is blasting President Obama as being more like a professor who is arrogant and alienating.

The five-term congressman from California, who's retiring at the end of this term, writes in "The Hill" that it's become obvious that the president might prefer to be a university professor.

Cardoza says the Obama administration suffers from something he calls idea disease: They roll out new programs weekly - and sometimes daily - without any priorities and often with little follow up.

Cardoza also writes that President Obama has an "I'm right, you're wrong" attitude. He says this arrogant demeanor has alienated many potential allies.

The Democratic congressman suggests the president avoids personal contact with members of Congress and people outside the beltway - it's not the first time we've heard this critique.

Although President Obama gives speeches to big crowds, he avoids individual contact. This sounds like the polar opposite of Bill Clinton, who fed off contact with "regular people."

This "arms length" attitude extends to top Obama officials. Cardoza describes a senior housing official who crafted policies for the foreclosure crisis - but who never bothered to personally meet with a homeowner who had been foreclosed on. Pretty shocking.

Despite this disparaging picture of the president, Cardoza says he would still take "Professor" Obama over the "goat rodeo clowns" the Republican field offers."

But he worries the voters might give the president a failing grade in November if he doesn't improve his performance.

Here’s my question to you: How damaging is it when a Democratic congressman criticizes President Obama as a "professor" who is arrogant and alienating?

Brad in Oregon:
As someone who leans Democratic, I think Obama could use some constructive criticism. I see nothing wrong with what the congressman said.

Paul in North Carolina:
Not very damaging at all. I'd much prefer a professorial president to some dolt from Texas (take your pick) who can't utter a complete intelligent sentence. Obama may well lose in 2012 but it certainly won't be the result of anything Dennis Cardoza says or does.

Mark in Oklahoma City:
Jack, I don't think Obama really wants to be re-elected. I think he secretly wants to be defeated so he can be given a professorship at a major liberal university and then travel the world charging $100 grand per speech. He would be much better off and so would America.

Bill:
You said: "The five-term congressman from California, who's retiring at the end of this term". Now if this congressman was up for re-election and said something like this, you might be on to something. Hoever, he will not be around when the music stops, so, he does not need a chair. His comments at this point are about as worthless as the paper they were printed on.

Larry in Ohio:
Jack, Why would this surprise anyone? Citizens who are honest have known since day one that President Obama is an aloof elitist.

Ed in Texas:
Could be an interesting race if Newt Gingrich is the GOP nominee, since he's also a professor who is arrogant and alienating.