What's the best way to restore some balance between rich and poor?

How much money does it take to make you rich? Depends on who you ask.

A new Gallup poll shows more than half of Americans - 53% - say they'd consider themselves rich if they made $150,000 a year or less. At the other end of the spectrum, 15% of those polled say they would need to earn at least $1 million a year before thinking of themselves as rich.

The poll also finds higher estimates for what makes you rich among men, younger Americans, college graduates, people living in urban and suburban areas and parents of minor children.

In a separate question, half of Americans say at least $1 million in net worth would make them rich. That includes savings, real estate, investments, etc. But it's a far cry from what most people have in the bank.

According to the U.S. Census Bureau, the median annual household income in the U.S. is about $50,000 a year. Income inequality is skyrocketing. It's estimated that between 1979 and 2007, the incomes of the poorest Americans grew by only 20%. The incomes of the richest 1% of Americans jumped up by 275%.

It’s no coincidence that the Occupy Wall Street movement is targeting this top 1%.

Most Americans agree that the rich - including those who make more than $250,000 a year - should be taxed more. But are higher taxes the only answer to growing income inequality?

Here’s my question to you: What's the best way to restore some balance between rich and poor? 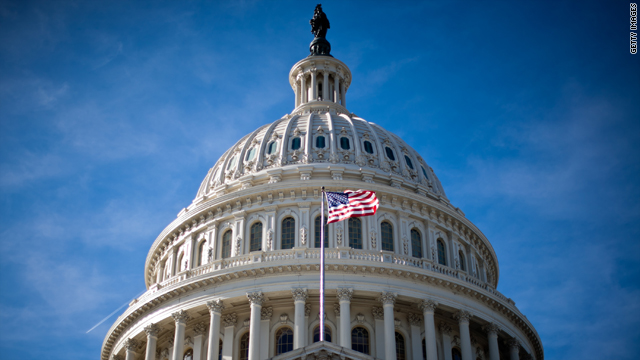 If Congress is so bad, why do more than half of Americans say their own member deserves to be re-elected?

Americans are fed up with Congress. Really fed up.

A new Gallup poll shows anti-incumbent attitudes are the highest they've been in 19 years.

76% of voters say most members do not deserve re-election.

What's more, this anti-incumbent mood is seen across the political spectrum - among Democrats, Republicans and especially Independents.

Back in 2010, when Democrats lost 63 House seats to Republicans, voters were less negative than they are now.

So, that means our elected representatives ought to start packing, right? After all, another recent poll put their job approval rating at an anemic 9%.

Well... not so fast. As is historically the case, even though people think Congress is rotten, they don't necessarily feel the same way about their own representatives.

This Gallup poll shows 53% of those surveyed say their representative deserves to be re-elected. Who are these people?

Makes it kind of hard to shake things up in Washington if people don't see their own elected officials as part of the problem.

And that's the thing: Almost every single one of them is part of the problem and part of the dysfunctional mess our government has become.

Instead they just kick the can down the road on real issues and focus on getting re-elected.

Unless we stop them.

Here’s my question to you: If Congress is so bad, why do more than half of Americans say their own member deserves to be re-elected?