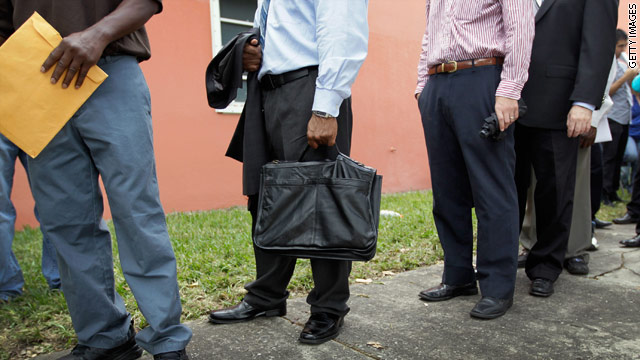 No president since FDR has won re-election with unemployment over 7.2%. Is President Obama doomed?

Here's something that ought to keep President Obama up at night: No president since FDR has won re-election with unemployment over 7.2%.

The unemployment rate may have dropped to 8.6% in November, but the picture isn't nearly as rosy as the White House would like us to believe.

Yes, it's the lowest it's been since March 2009, and it's getting closer to the 7.8% rate we had when Obama took office, but that's where the good news ends.

This job market still has a long way to go to recover from the financial crisis. A very long way.

In total, 8.8 million jobs have been lost since the recession started, and fewer than a third of those have been recovered.

More than 13 million people are still unemployed, and 43% of them have been out of work for more than six months.

Plus the current unemployment rate of 8.6% isn't even as good as it seems. That's because a big part of the rate decrease is due to more than 300,000 discouraged workers giving up entirely on their job searches and simply dropping out of the workforce. It's not due to job creation.

Speaking of job creation, employers added only 120,000 jobs in October. That's well below what economists say is needed just to keep up with population growth.

So numbers aside, the job outlook remains pretty bleak. Add in the disastrous housing market and the European debt crisis, which could pull our economy down even further, and Obama has his work cut out for him.

A recent CNN-Opinion Research Corporation poll shows only 15% of Americans say economic conditions are good. Six out of seven people say conditions are poor, with a majority saying "very poor."

Here's my question to you: No president since FDR has won re-election with unemployment over 7.2%. Is President Obama doomed? 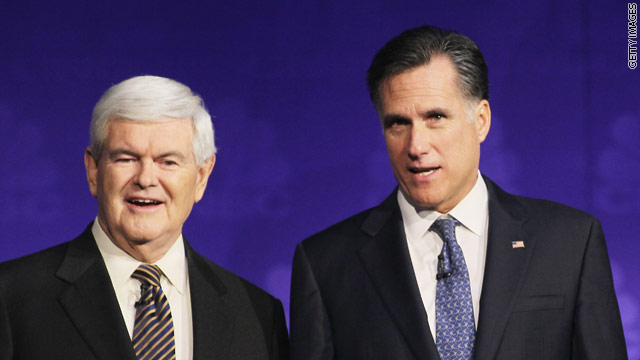 What does it say about Romney that he won't debate Gingrich one-on-one?

Mitt Romney is refusing to debate Newt Gingrich one-on-one in a Lincoln-Douglas-style debate.

Real Clear Politics reports that the conservative publications "Human Events" and "Red State" had locked down a date, December 19th, and a place for the debate.

They say Gingrich was rearing to go, but Romney turned down the offer.

It would seem potential Republican voters would welcome the opportunity to see the two top candidates answer tough questions face-to-face. Romney could benefit from the two-person format with his toughest opponent instead of the debate format where candidates who have virtually no chance of winning the nomination are included.

Plus it could be good practice for debates against Pres. Obama if Romney winds up being the nominee, which is appearing less likely each day.

So why won't Romney agree to debate Gingrich? Critics say he's "trying to run out the clock."

Gingrich will have a debate partner on the 19th after all. Jon Huntsman has accepted the invitation, while taking a swipe at Romney. Huntsman's campaign says the substantive format makes it hard for Romney to "hide from his record."

Romney could be making a big mistake by refusing to talk to the media, debate Gingrich, etc. The coronation he was counting on appears to be slipping away.

Gingrich now sits atop the national polls, as well as those in key early voting states. In Iowa, a new poll now shows Romney in third place, behind Gingrich and Ron Paul. In New Hampshire, another poll shows Gingrich has climbed nearly 20 points since October.

Meanwhile, there are reports that Herman Cain is getting ready to endorse Gingrich. If that happens, it's more bad news for Romney, who stands to lose more potential voters.

Here's my question to you: What does it say about Mitt Romney that he won't debate Newt Gingrich one-on-one?