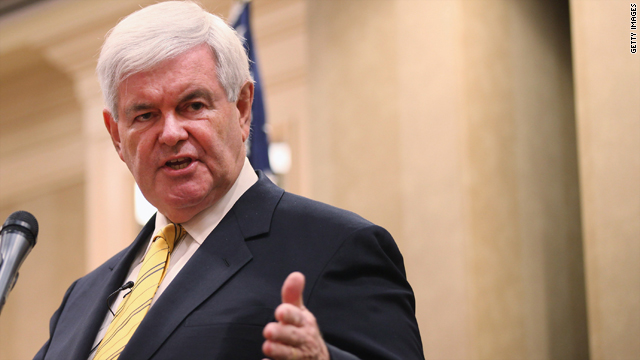 In politics, timing is everything - and Newt Gingrich might have it. Just as the former U.S. House speaker surges in the polls, he's also nabbing some key endorsements.

For starters, the influential New Hampshire Union Leader editorial board is backing Gingrich. They say he's improved Washington before and in this race, he has the best shot of doing it again.

This conservative stamp of approval could go a long way in helping Gingrich, especially at a time when many conservatives are taking aim at his views on immigration. Meanwhile, another influential conservative, Sarah Palin, could throw her support behind Gingrich as well. One report suggests aides to Palin say Gingrich is the most likely to score her endorsement.

And it's not just conservatives who have nice things to say about Newt Gingrich.

Former president Bill Clinton praises him in an interview with the website Newsmax. Clinton calls Gingrich "articulate" and says he tries to think of a "conservative version of an idea that will solve a legitimate problem."

Clinton suggests that Gingrich's approach will make independent voters take a hard look at him.

All of this has got to be keeping Mitt Romney up at night. However it's yet to be seen if Gingrich will peak in the polls only to fade away like other Republican candidates before him have done, but so far he seems to have some momentum the others lacked.

As for Gingrich, he may have his eyes set on another opponent, the one in the White House. As the nominee, Gingrich says he would challenge Obama to Lincoln-Douglas style debates. And he says Obama can use a teleprompter.

Here’s my question to you: Will Bill Clinton's praise help Newt Gingrich win the nomination?

Katty in Oregon:
The only reason Bill Clinton is doing this is because the Democrats are scared to death of Romney and hope to sway the election.

Richard in Oak Harbor, Washington:
Bill Clinton mentioned Newt Gingrich's "thoughtful positions" such as calling for regime change in Iran before choosing a military option and considering immigration issues in a non-partisan practical and humane way. Bill Clinton's interview is far short of a political endorsement but it is moderately observant and diplomatic. He must have gotten that from Hillary.

Bonnie in New Jersey:
I wouldn't think so. Maybe in the general election, but the people who vote in the Republican primaries hate Bill Clinton.

Jan in Washington:
It is doubtful. I think it is Newt’s hate-mongering that will help him since that seems to be the tone of the Republican Party these days.

Dave in Portland, Oregon:
Hopefully, yes. Can you think of a clearer choice for voters - and a better outcome for Democrats - than Mr. Nasty vs Mr. Nice. President Clinton, the cagey old "Aw shucks" silver fox of countless campaigns, knows exactly what he's doing.

Tom in New York:
It won't hurt. No one is so Republican they don't remember surpluses during the Clinton years.

Curtis in Philadelphia:
Who knows, Jack, but it does prove one thing: politics makes for strange bedfellows and both of these men, Clinton and Gingrich, know a thing or two about bedfellows.