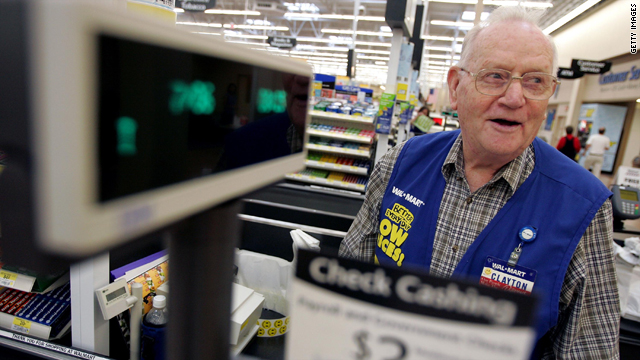 What does it mean when a quarter of middle class Americans plan to work until 80, longer than most people live?

So much for the golden years. A new survey shows one fourth, 25% of middle-class Americans, say they plan to delay retirement until at least 80.

That's two years longer than most people in this country live.

It's just another depressing effect of this economy - where unemployment, stock market swings and plunging home prices have taken a huge toll on many Americans' savings.

The Wells Fargo retirement survey shows on average, Americans have only saved 7% of the retirement money they hoped to put aside.

Survey respondents had a median savings of $25,000 while their median retirement savings goal was $350,000.

About one-third of those surveyed in their 60s had saved less than $25,000 for retirement. Easy to see why retiring at the traditional 65 is a pipe dream for millions of Americans.

Experts say having large numbers of middle class Americans working past 65 raises many questions. Like, will people be physically and mentally able to work as they age? And what will it mean for young people entering the workforce?

Meanwhile another new study on the vanishing middle class helps explain why many Americans plan to work into their 80s.

In other words, the great middle class neighborhoods that used to define this country are disappearing.

Here’s my question to you: What does it mean when a quarter of middle class Americans plan to work until 80, longer than most people live?

END_OF_DOCUMENT_TOKEN_TO_BE_REPLACED 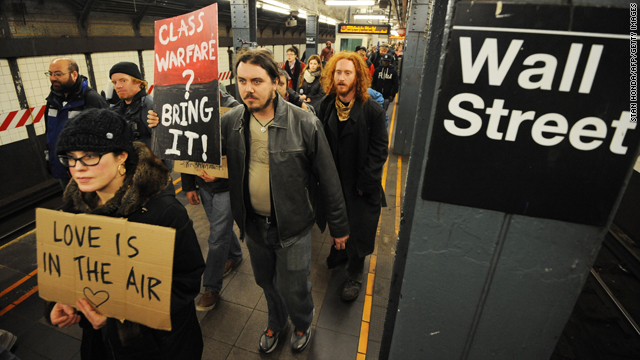 What should Occupy Wall Street's next move be?

As Occupy Wall Street marks two months of protests, there are questions about exactly what the activists want and more importantly, how they plan to get it.

Patience is wearing thin in cities around the country as officials begin to move against the demonstrators in places such as New York; Oakland and Berkeley, California; Portland, Oregon; and Salt Lake City.

While getting an "A" for perseverance, the occupiers' tent cities are starting to get on people's nerves, which is part of the idea. But some of the tent cities have spawned drugs, crime and violence, things that are not conducive to generating sympathy for their cause.

And speaking of their cause, what exactly is it? With the protesters so widely dispersed, you have to wonder how focused and concentrated their message is. After two months, a lot of us remain unsure of what exactly the message is. More is needed than a vague complaint against corporate greed if they are to remain relevant.

That brings us to something else the movement has been lacking so far: Leaders. Putting a head on this group would perhaps allow them to crystallize their message a little more.

Finally you could make a very strong argument that the major source of our country's problems is Washington. So why are these folks content to wander around places such as New York, Denver, Seattle, Oakland and other places outside the real scene of the crimes.

If you want to fight a fire, you have to go to where the fire is.

Here’s my question to you: What should Occupy Wall Street's next move be?