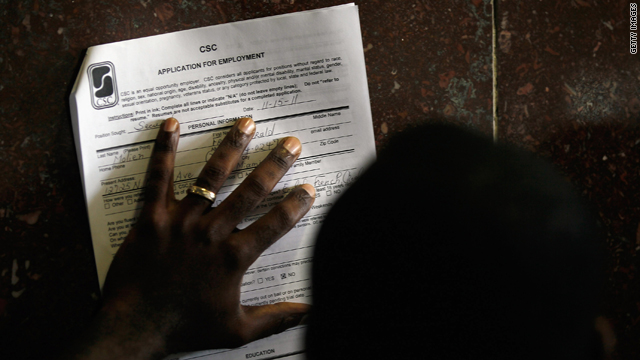 When do you think the job market will improve?

More bleak news on the job front: A new Gallup poll shows a whopping 90% of Americans say now is a bad time to find a quality job. That's up from less than 50% before the recession in January 2007.

Only 8% think now is a good time to find a quality job. Gallup says these perceptions of the job market are the worst in a decade.

Younger Americans are slightly more optimistic about finding quality jobs while older people and those with postgraduate education are more pessimistic.

The key word here is "quality" jobs, and it might represent a bigger story than the actual unemployment numbers. A lack of quality jobs reduces people's current earnings as well as their future earnings since they're not getting the right experience.

Companies sometimes complain that they can't find employees with the right skills. Part of this is due to education, but the other part is that Americans aren't getting "quality" jobs where they can learn those skills.

Meanwhile, the national unemployment rate dropped to 9% in October. The good news is that's the lowest it's been since April. Also, jobless claims fell again last week.

The bad news: More than two years after the recession officially ended, only a quarter of the 8.8 million lost jobs have been recovered.

Last month alone, nearly 14 million Americans remained unemployed, and 42% of them have been out of work for more than six months.

Here's my question to you: When do you think the job market will improve?

END_OF_DOCUMENT_TOKEN_TO_BE_REPLACED 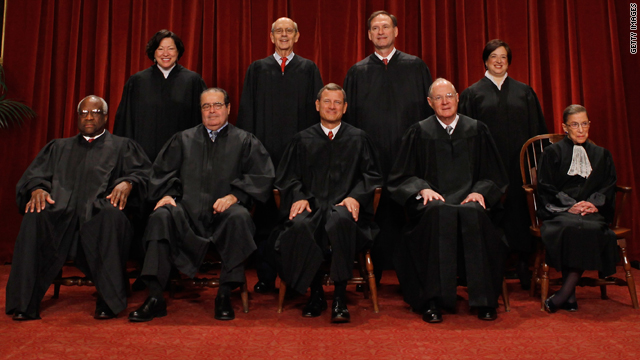 What will it mean to Pres. Obama if the Supreme Court overturns his health care law?

Expect the Supreme Court to light up the 2012 presidential race when it rules on President Obama's health care law just months before the election.

The high court has agreed to decide the constitutionality of the president's signature piece of legislation. The legal challenge comes from a joint filing by 26 states led by Florida.

Whether the so-called individual mandate is unconstitutional - can the government force you to buy insurance? And if so, whether the entire 2,000-plus page law should be scrapped.

The Supreme Court will hear arguments in late February or March and rule by June. If they strike it down, it would be a huge embarrassment for President Obama.

Yet the White House says it's confident the law will be found constitutional, and Politico reports that the president is so confident that he didn't even try to stop the Supreme Court from fast-tracking the case.

Mr. Obama is gambling that if the court upholds the law, it will validate his epic, two-year battle with Congress. And if they strike it down, it will fire up the Democratic base and energize party donors.

But there are also risks: If the court upholds the law, it could fire up the president's opposition even more. Remember the tea party?

The revival of the health care debate could also hurt the president in some swing states where his health care push alienated Independents.

Finally, if President Obama can't run on health care, it's not exactly like he can run on the economy or cutting the national debt.

Here's my question to you: What will it mean to President Obama if the Supreme Court overturns his health care law?