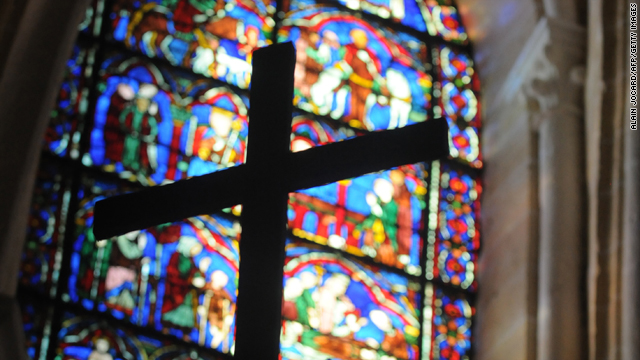 Why are Republicans more likely than Democrats to go to church?

A new poll suggests they are much more likely to go to church than Democrats.

A Gallup Poll shows that 40% of Republicans say they attend church weekly.

Twenty-one percent say they attend nearly weekly or monthly, and 38% say they seldom or rarely go to church.

These polls also show that Democrats are less religious than the average American, and Republicans are more religious.

Consider this: Almost one in five Democrats identify with no religious faith compared to only one in 10 Republicans who feel that way.

This might explain why religion often seems to play a more prominent role when it comes to Republican politicians, especially during primaries.

This time around in the GOP horse race for president:

Texas Gov. Rick Perry held a major prayer session in Houston before he announced his candidacy. Perry has also been known to pray for President Obama. In April, the Texas governor designated a three-day period as "days of prayer for rain" in his drought-stricken state.

Faith also plays a large role in Michele Bachmann's candidacy. While giving an economic speech just Tuesday, Bachmann suggested the United States return to its Judeo-Christian roots to bring back economic responsibility, "Cry out to holy God. It's not too late. He can save us."

As for Mitt Romney, it's unclear yet what impact, if any, his Mormon faith will have on his candidacy.

Here’s my question to you: Why are Republicans more likely than Democrats to go to church?

Jim in Los Angeles:
Jack, The answer is obvious: Churches are wealthy, pay no taxes, shepherd the flocks to status quo positions, forgive bad behavior, take money for a ticket to heaven, and peddle superstition to raise fears. Now that is a ticket to warm a Republican's heart.

B. in Fredericksburg, Virginia:
Some people live their faith in what they do and advocate, others put on a show. For the latter, "In God we trust" is both the national motto and their political platform.

Tom in Atlanta:
Well, Jack, it's pretty simple: Us Republicans believe that we're not beyond help and we might yet be admitted to Heaven, while Democrats know that they are toast.

S. in Florida:
Religion and GOP politics are both fear-based. Makes perfect sense.

M. on Facebook:
Going to church doesn't make you a Christian any more than standing in a garage makes you a mechanic.

Dave in Orlando:
For show. Sorry to be so cynical, but Republicans cannot possibly believe in a hereafter or a God and still advocate for, or do the things they do to their fellow citizens. They are just covering their bases by pretending to pray and believe in God. They think that their sins will be forgiven if they make big enough donations to the Church. And by wearing religion on their sleeves they expect to be fast tracked to heaven – if there is one.

Tom on Facebook:
That's an easy one, Jack. It's the only way they have a prayer.

Tom:
The big draw would have to be the confessional.