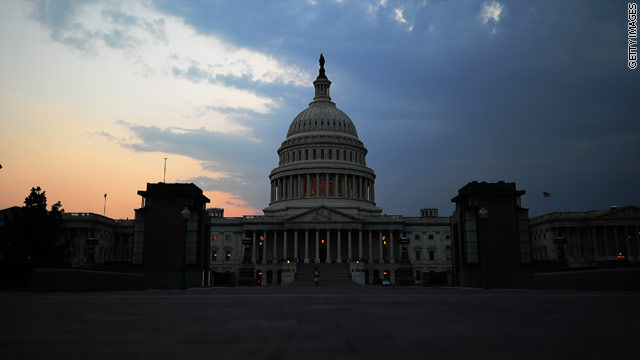 Congress got 25% richer during height of recession?

While millions of Americans struggle under a weak economy, members of Congress keep getting richer. A lot richer.

"Roll Call" reports that members of Congress had a collective net worth of more than $2 billion in 2010.

That was up about 25 percent from 2008, during the height of the recession.

And these wealth totals likely underestimate how rich Congress really is. That's because they don't include homes and other non-income generating property, which could come out to hundreds of millions in additional dollars.

This wealth is split fairly evenly between both Democrats and Republicans.

Overall, about 200 members of Congress are millionaires. Once again, this doesn't include the value of their homes.

There are even a handful of lawmakers who are worth tens or hundreds of millions of dollars.

The Roll Call analysis shows that 90% of Congress' increase in wealth since 2008 benefited the 50 richest members. Sounds a lot like what's going on in the rest of the country.

What a surprise. Congress is getting richer faster than the rest of us. One economist says aggregate household worth went up 12 percent from 2008 to 2010, about half the increase Congress saw.

Another expert suggests members of Congress do better with their investments than the average American because they are privy to inside information.

Really? Seriously? They would take advantage of that… something that is clearly illegal for the rest of us?

The bottom line is this body of lawmakers has next to nothing in common with the average American. Yet we keep sending most of the same rat pack back year after year.

Here's my question to you: What does it say when members of Congress got 25% richer during the height of the recession?