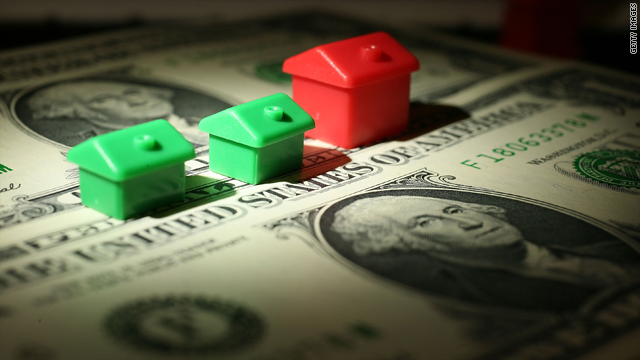 What will the United States be like if there is no middle class?

It's called the middle class squeeze, and if it keeps up, the U.S. might not have a middle class one day soon.

A USA Today analysis of Census data finds there are 150 areas nationwide where the share of income going to the middle class shrank from 2006 to 2010.

Middle class households generally means those making between $21,000 and $100,000 a year. It includes the three-fifths of households sandwiched between the rich and the poor.

The recent recession has only made things worse as employers cut jobs and hours, furloughed workers and froze salaries. All the while the value of family assets - like homes and investments - went down.

The scariest part is there doesn't seem to be any relief in sight.

Take, for example, my hometown of Reno, Nevada:

Unemployment is at 14% - up from 4% in 2006; and median income has dropped 10% in the same time. Foreclosures are among the highest in the country.

In order to make ends meet, many middle class Americans are cutting back:

Selling off their possessions like cars or furniture, moving in with roommates or family members, cutting cell phones or cable service, shopping at consignment stores, bringing their lunch to work, doing their own household repairs, and cutting back on their 401K contributions.

A sad statement on the middle class that helped build this great country.

Here’s my question to you: What will the United States be like if there is no middle class?