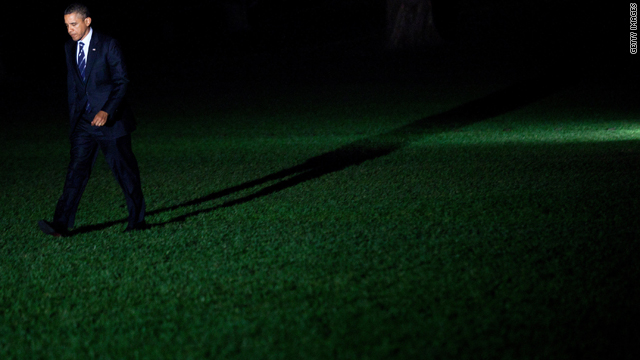 David in Virginia:
I doubt it. He let the war in Iraq end according to the Bush agreement but could not negotiate an agreement which would protect our gains. Egypt is in some murky state of anarchy, Libya lost at least 30,000 people due to a prolonged insurgency and may wind hosting the largest advanced weapons flea market in the world, Pakistan is on the verge of telling us to take a hike, and Afghanistan has all but said that in a pinch they would side with Pakistan against us. Not exactly Nobel Peace Prize material, eh? Oooops.

Russ in Pennsylvania:
This seems to be one of the key problems in America these days: assassinating an American citizen in Yemen without due process... is seen as a good thing by both parties. Or that attacking Libya without Congressional approval is also seen as a success. What about the rule of law?... Shouldn't we be asking that our leaders be held accountable for such acts? Or does American "exceptionalism" now mean that our leaders and country are above such values? Ron Paul in 2012... There is no other correct answer.

Harold on Facebook:
They are worthy accomplishments to everyone but those on the Right. Will they make the difference in the election? I doubt it. The economy…will determine the outcome.

Scott:
How is continuing Bush's foreign policy a success? I voted for Obama in 2008, but it is precisely because of his foreign policy (Bush-lite), that I will not vote for him in 2012. The idea that Obama is making good on a campaign promise by bringing the troops home from Iraq, three years after being in office, is a joke. Bush set the 12/31/11 date in the Security of Forces Agreement (SOFA) signed in 2008. The truth is that if the Iraqis would ask us publicly to stay, the troops wouldn't be coming home.

Noel:
It can't hurt, but it isn't enough to trump the economy. The best thing going for Obama politically is the lunatic behavior of the Republicans in Congress and the Republican candidates. The debates are the best reality show on television.