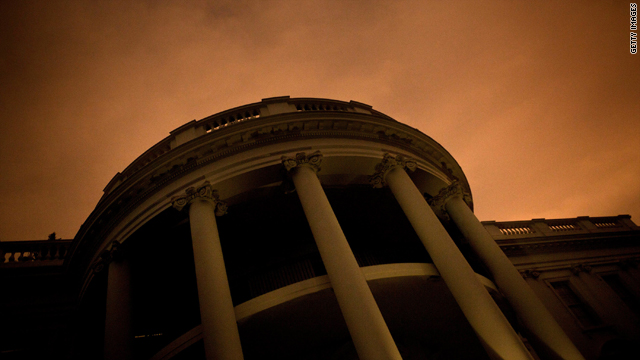 What message does it send when some Democrats are ducking President Obama?

It's a time-honored political tradition: Ducking a presidential candidate with sagging poll numbers.

And a year out from the 2012 election, it looks like some Democrats can't get far enough away from President Obama.

Plenty of Democratic lawmakers, including House Minority Leader Nancy Pelosi, insist that this president is not a political liability.

But as Politico reports, there are growing signs that he is just that.

Take, for example, recent trips that Obama made to Michigan, North Carolina and Pennsylvania - all states where he won in 2008.

In North Carolina, six Democratic House members didn't join the president. Only two lawmakers showed up: a senator who isn't up for re-election until 2014 and a veteran congressman who represents a majority black district.

When the president visited Pittsburgh, no members of Congress attended any of his public events, although a few met him at the airport.

In Michigan, none of the 15 members of the state's congressional delegation showed up with Obama in Detroit. This is a city the president won with 74% of the vote in 2008.

Part of the issue in Michigan might be the president's push for free trade in a state with strong unions.

Some believe that these Democrats' efforts to dodge the president will only backfire.

Maybe, maybe not. But if Obama's approval ratings continue to hover in the mid-40s and unemployment stays stuck at 9%, don't be surprised if Democrats keep covering their political backsides.

Here’s my question to you: What message does it send when some Democrats are ducking President Obama?