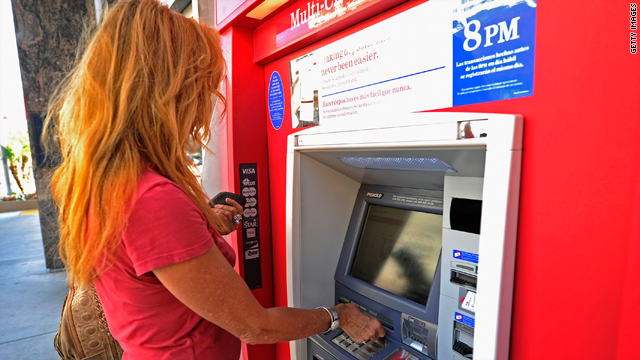 Dave in Phoenix:
Absolutely, as soon as Wells Fargo expands their fee testing to Arizona I am gone. I've been a loyal customer of a bank that they bought out for 20 years and have had nothing but fees and demands placed on my banking since they took over. One more little misstep and it's time to just move everything to the credit union I also use.

Tom in Texas:
Yes, banks already use our money and pay almost no interest while charging over 20% in some cases on credit cards. There are accounts where you must do all banking electronically or by ATM. Now they want us to pay to have access to our own money. Hey, I need a bailout! A "run on the bank" is in order.

Tyler on Facebook:
I already have, Jack. I have 4 accounts with Bank of America and I'm in the process of closing all of them. If I stayed, I'd be spending $240 per year to access my own money. It's absurd that they think they can charge me to use my money to earn them interest. I think I'll stuff it under the mattress instead.

Phil in Memphis, Tennessee:
Oh hell yes! The nerve of these institutions to snub their noses at us (middle class America) after we bailed them out. Maybe I will make a trip to Wall Street next week.

Pam:
I have belonged to a credit union since 1978 and I have NEVER paid ANY monthly fees for anything! Isn't it interesting that they can run a business at a profit without dipping in their customers' pockets? What does this say about banks? Plain old greed I think!

David on Facebook:
I'm in the process of dumping Citibank right now over new fees. I've been with them for almost 32 years.

Robert:
I already have, Jack. I have moved all my money to my local credit union as of yesterday. Too big to fail? Make 'em smaller.