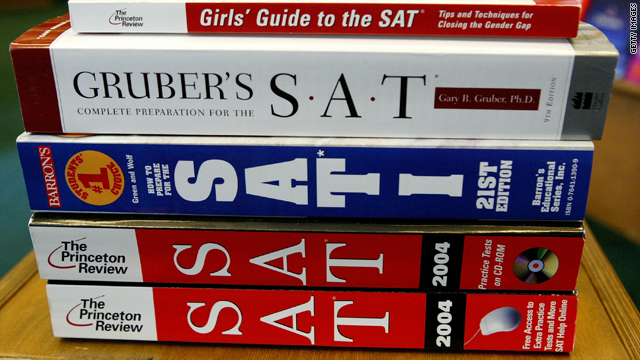 Where is the U.S. headed if SAT reading scores are at the lowest in nearly 40 years?

You probably already suspected this, but just in case….

SAT reading scores for high school seniors this year are the lowest they've been in almost 40 years.

The College Board - a non-partisan group that administers the test - reports that SAT scores are down in every subject; dropping three points in reading, one point in math and two points in writing.

Overall, the combined average SAT score of 1500 was down six points from last year and down 18 points from five years ago. A perfect score is 2400.

The College Board says scores are lower due to the growing diversity of students taking the test:

In 2011, 44% of test-takers were minorities, 36% were the first in their family to go to college and 27% didn't speak English exclusively.

The test administrators say more students than ever are taking the SAT, which includes more students from different ethnic, economic and academic backgrounds.

Meanwhile, these disappointing SAT scores come as schools have been working to raise scores on state standardized tests under the No Child Left Behind law. But it sounds like a lot of children may be getting left behind.

Experts acknowledge that we should be worried. They suggest that high schools need more rigorous classes to prepare students for college . Gee... there's an idea!

Others suggest that educators have been putting more focus on math and science in this age of technology - and not as much on reading and writing.

But without reading and writing, how will the next generation of Americans be able to communicate - and lead this country out of the serious problems we have?

Here’s my question to you: Where is the U.S. headed if SAT reading scores are at the lowest in nearly 40 years?

END_OF_DOCUMENT_TOKEN_TO_BE_REPLACED 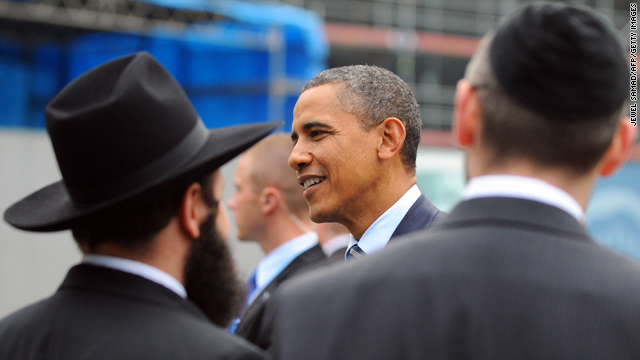 How can President Obama save the Jewish vote?

Just what President Obama needs, another fire threatening to burn out of control.

The Democrats' loss in New York's special congressional election this week could signal serious trouble for Obama and the Jewish vote in 2012.

District 9, made up of parts of Brooklyn and Queens, is one of the most Jewish in the nation. And many believe that if the Democrats lost there, Obama could be in jeopardy in key states like Florida, Ohio and Pennsylvania. It's nearly impossible to win a presidential election without those states.

The problem is, a lot of American Jews feel neglected by this president and think he has been too tough on Israel.

In the New York race, former Mayor Ed Koch – a Jewish Democrat – endorsed the Republican. Koch cited Israel as the main reason why. He says he likes the president and helped get him elected, "but Obama threw Israel under the bus."

And it's not just Obama's policy toward Israel. A recent poll shows that other issues that trouble many voters – like the economy, Social Security and Medicare – are more important than Israel among Jewish voters.

Republicans smell blood in the water here and will no doubt make Israel a wedge issue in 2012.

In 1980, Jimmy Carter was the last Democratic candidate to not get an overwhelming majority of the Jewish vote. All Obama needs is another comparison to Carter.

Obama's approval rating is about 60% among Jews nationally. In 2008, exit polls showed nearly 80% of Jews voted for him.

Here’s my question to you: How can President Obama save the Jewish vote?