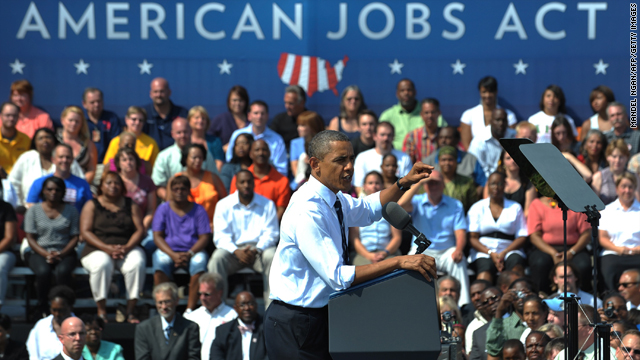 Should tax increases be used to pay for President Obama's jobs program?

President Obama's plan to pay for the $447 billion jobs bill with higher taxes is dead on arrival.

Republicans are pushing back - insisting that tax hikes are off the table.

The White House says congress should pay for the jobs bill by putting new limits on itemized deductions for the wealthy... that includes deductions for home-mortgage interest, state and local property taxes and charitable donations.

The White House says all these tax changes would raise $467 billion over 10 years.

But Republicans aren't hearing any of it when it comes to higher taxes.

And that's not all they don't like... they've also rejected new stimulus spending on road projects, teacher salaries and school construction. they say anything that smacks of another "stimulus bill" ain't gonna happen.

On the other hand, Republicans like the president's proposal to give more generous tax breaks to small businesses... and the idea of pulling back burdensome government regulations.

So far, President Obama is selling his plan to pay for the jobs bill as a single idea. But realistically, there's no way that will ever get through a divided Congress.

Republicans say certain parts of the plan should be considered individually.

Here’s my question to you: Should tax increases be used to pay for President Obama's jobs program?

END_OF_DOCUMENT_TOKEN_TO_BE_REPLACED 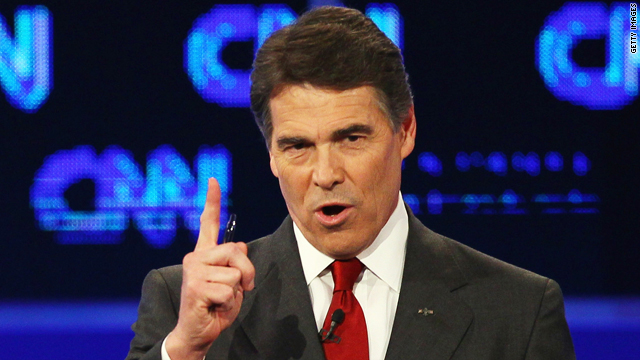 Rick Perry went there. The Texas governor has electrified the third rail of American politics by wading into a debate on Social Security.

Unless you've been hiding under a rock, you know Perry has referred to the program as a "Ponzi scheme," "a monstrous lie," and a failure.

Social Security is perhaps the federal government's most popular program. Millions and millions of Americans rely on it as they reach retirement age. By calling it a Ponzi scheme, Perry is implying that the American people are being duped by a massive fraud.

And those are fighting words - which is probably why Perry is walking back his comments a bit.

In Monday night's debate, Perry said it's time to have a legitimate conversation about how to fix the federal program so it's not bankrupt. And in an op-ed he wrote Monday, there was no mention of a Ponzi scheme.

Here are the facts: Social Security is broken. The program will keep paying out 100% of benefits promised until about 2036. After that, if nothing is done, it would only be able to pay out three-quarters of benefits.

Perry suggests a way to fix the program might be to raise the retirement age, or introduce a "means test" to limit payments to the rich. In the past, he's also advocated the privatization of Social Security.

Meanwhile, the other Republican candidates, especially Mitt Romney, sense a weakness here and are pouncing on Perry over the Social Security issue. Romney calls Perry's language "over the top."

And it seems that most Americans agree. A new CNN/ORC poll shows only 27% think Social Security is a lie and a failure. However, an overwhelming majority believes that changes are needed.