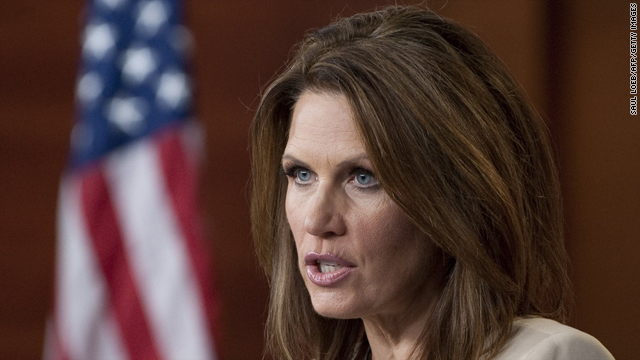 How can Michele Bachmann reestablish herself as a serious contender at tonight's debate?

Of all the Republican candidates in tonight's tea party debate... so-called tea party queen Michele Bachmann probably has the most at stake.

It wasn't so long ago that Bachmann was a GOP favorite. She started raising Republican eyebrows after a strong debate performance this summer and a victory in the Iowa straw poll a few weeks back.

But all that was before Rick Perry launched his campaign. And since Perry - another conservative, tea party favorite - has joined the race and grabbed the spotlight, the question on a lot of people's lips these days is "Michele who?"

Many thought Bachmann was too restrained at last week's debate - which was mostly a back and forth between Perry and Mitt Romney. Also, some say she hasn't been able to capitalize on that straw poll win.

In CNN's latest poll, Bachmann receives a measly 4%. That's way behind Perry at 30%, but also behind others who poll in the double digits - like Romney, Ron Paul and Sarah Palin - who's not even a candidate.

So look for tonight to be a "do or die" moment for the Minnesota congresswoman - either she finds her footing again and the campaign picks up speed... or it could be over before it starts.

My guess is one interested viewer of tonight's debate might be Sarah Palin. If Bachmann doesn't do well… well, who knows.

Here’s my question to you: How can Michele Bachmann reestablish herself as a serious contender at tonight's debate?

END_OF_DOCUMENT_TOKEN_TO_BE_REPLACED 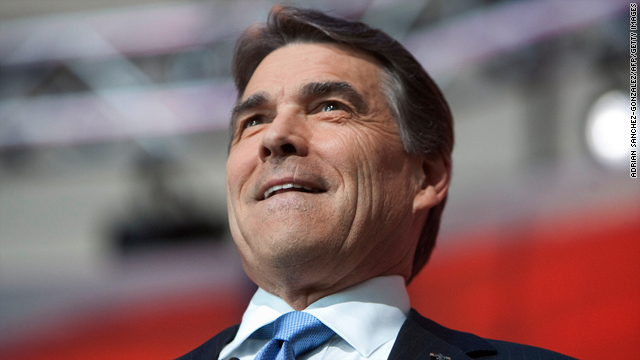 Rick Perry would have us believe he's a country boy at heart, a down-home cowboy who can relate to the plight of ordinary Americans.

But there's another side to the Texas governor.

Politico reports that for years, Perry – who makes $150,000 a year as governor – has enjoyed additional lavish perks and travel, mostly funded by wealthy supporters.

Texas donors have paid for the governor and his family to travel around the world, sometimes on private jets; stay in luxury hotels and resorts; vacation in Colorado ski towns; and attend tons of sporting events and concerts.

Perry has also accepted a wide range of expensive gifts over the years, including 22 pairs of cowboy boots, some costing more than $500 a pop. Somebody even pays his cable TV bill.

Also, the taxpayers are paying the rent, at $8,500 a month, for Perry's 4,600-square-foot Austin mansion. The governor and his family have been living in the five-bedroom, seven-bath mansion since 2007 while the governor's mansion undergoes repair. Four years? What kind of repairs are those?

But it's all copacetic in the Lone Star State, which has some of the loosest ethics and campaign rules in the country.

Nonetheless, it's hard to imagine that supporters aren't buying influence when they lavish all these perks on the governor.

Some donors have wound up with appointments to state commissions or million-dollar state grants to businesses they're involved in.

Perry's camp insists that this is all on the up and up. A spokeswoman tells Politico that the governor fully discloses all gifts and travel in his financial disclosure statements.