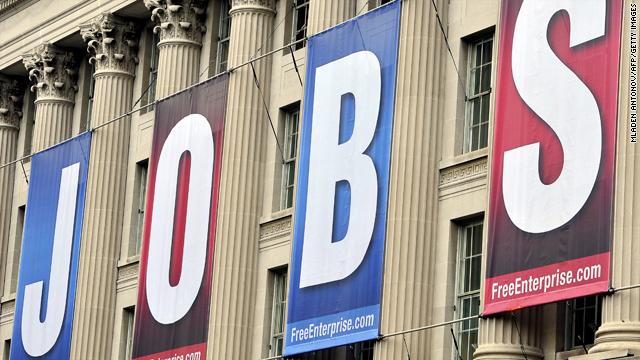 How should Obama's $300 billion jobs plan be paid for?

Here we go again: President Obama wants to spend another $300 billion we don't have.

The president is set to roll out his jobs plan Thursday night in a speech to a joint session of Congress.

But you need a magnifying glass to find where the job creation is hidden.

Early reports suggest the plan will focus on new infrastructure spending. OK, might be some jobs created there. But an extension of unemployment benefits? How does that create jobs? Aid to local governments meant to prevent teacher layoffs? That preserves existing jobs but doesn't create jobs.

There may also be an extension of the payroll tax cut, as well as some tax breaks for businesses.

Bottom line is a lot of this is just more government giveaways.

And once again, it's being advocated with no plan for how to pay for it.

Apparently the cost of the roughly $300 billion will have to be offset by "tax increases in later years." It would all be part of a long-term deficit reduction plan that would include spending and entitlement cuts as well as tax increases.

No one is making any tough decisions about cutting spending or raising taxes. The government continues to kick the national debt time bomb down the road, piling on more and more government spending for which there is no money.

Of course it's unlikely that much of the president's plan will make it through Congress. Some Republicans have already dismissed it, saying it's just a continuation of the failed 2009 stimulus plan.

Here’s my question to you: How should the estimated $300 billion cost of President Obama's jobs plan be paid for?

Noel in New Mexico:
The same way the Greatest Generation did it in 1945: with higher taxes. In 1945, the national debt was 125% of the GDP. The highest marginal tax rate was 90% and the lowest was 25%, both considerably higher than they are now... But they sent a million or more returning GIs to college, paid off the war debt, and started the interstate highway system and the space program. Unfortunately we are not the Greatest Generation. Not even close.

Vlad from Boston:
There is only so much the government can do. Increasing government spending in a tough time like this in order to create jobs is what must be done. It’s textbook economics.

M. in Fort Lauderdale, Florida:
We seem to be doing just fine with unemployment. No different than paying kids to go to school or Exxon to look for oil. Farmers get paid not to plant or collect on dead crops. Bankers get money for nothing and we get checks for free - or however the song goes. Let the good times roll, I say. Quit complaining, Jack.

F.:
Refresh my memory: How many trillions have we spent fighting trumped-up wars in the Middle East? There's your $300 billion several times over!

Tammi on Facebook:
It’s one more pea on the plate for the Super Committee. They haven’t started working on the peas they left on the plate a month ago.