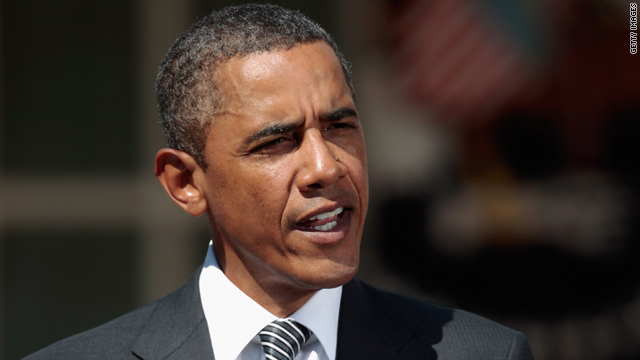 The following is an understatement: Heading into an election year, President Obama has some "issues"... and they start very close to home.

Top black leaders are criticizing the president. They say he hasn't focused enough on problems devastating the African-American community - things like poverty, civil rights and jobs.

The unemployment rate among blacks is almost 16%, and for young African-Americans, it's nearly 40%. Nationally, unemployment is a shade over 9%.

The congressional black caucus recently challenged the president in a series of town halls. Leaders say they don't know what his jobs plan is for the black community, and "we want him to come out on our side and advocate, not to watch and wait."

Politico reports the president is reportedly angry that black leaders aren't giving him credit for achievements like health care reform and protecting medicaid - things that will help minority communities.

But here's the bottom line: If President Obama wants to win a second term, he needs blacks to come out in record numbers like they did in 2008 - especially in states like North Carolina, Pennsylvania and Virginia.

African-Americans will likely vote for Mr. Obama overwhelmingly, but the question remains how high turnout will be.

And it's not just blacks. The president is also losing support among another key Democratic voting bloc: Women.

A new Gallup poll shows a record low of 41% of women approve of the job Mr. Obama is doing. That's a 30-point drop since he first took office.

Overall, a recent CNN poll shows that more than 1 in 4 Democrats think the party should nominate someone other than President Obama in 2012. And, 2/3 of all Americans give him a thumbs-down on the economy - the nation's top issue.

Like I said... saying the president has some "issues" is an understatement.

Lou:
Independents like me decide elections. I voted for Obama because I believed it when he campaigned on getting us universal health care and out of the wars we're in. He failed on both big issues. Still, there are no Republican candidates running that I trust to be in charge of my country. So I guess I'll be voting for a do-nothing president over a do-all-the-wrong-things replacement. If the Republicans run someone even halfway decent, I think they could win by a landslide.

Paul in Ontario:
When you consider that the Republicans will probably nominate someone with the brains of a chipmunk and the ethics of a wolverine, I don't think President Obama is in much trouble at all.

Dave in Orlando, Florida:
He said, "I'd rather be a really good one-term president than a mediocre two-term president." For my money he would be neither, but I expect the latter.

Smith in Carlsbad, New Mexico:
In more trouble than anybody can imagine. His problem is all of his so-called highly educated university advisers are totally clueless; they are the ones who got him into trouble.

James in Denver:
There was a great joy within me when Obama was elected president. It was a sign that as a nation we truly were moving toward the ability to not judge a person by the color of their skin. What happens, however, when we judge him on the content of his presidency? With the economy as the primary issue, he's in trouble. He was promoted to ship captain on the Titanic just after we hit the iceberg.

Michael on Facebook:
Less and less with every word from Gov. Perry's mouth. Obama benefited mightily from voters who thought Palin was an idiot in 2008. Perry fits that bill rather nicely in 2012.

M.K.:
How many different ways can you spell "toast?"