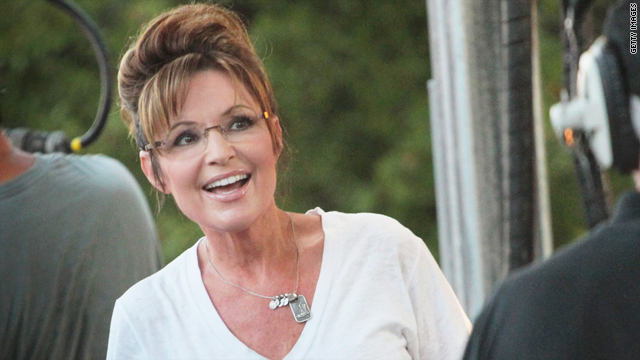 What would you like to hear Sarah Palin say?

Turns out "drama" may be Sarah Palin's middle name.

A source close to the half-term, dropout governor of Alaska tells CNN that Palin will, in fact, appear at a tea party rally in Iowa on Saturday.

This comes after Palin's staff indicated earlier today that her appearance was being put quote "on hold."

They cited "issues with the planning," and said event organizers had been "dishonest" about the speakers.

Palin had been talking for months about attending and keynoting this event. Supporters from around the country have booked plane and bus tickets to attend.

But - it looks like Ms. Palin wasn't happy that former Republican Senate candidate Christine O'Donnell was also supposed to speak at this event. Perhaps Palin thought the stage wasn't big enough for both of them.

Well guess who's no longer speaking at that tea party rally? Once palin threatened to pull out of the event, organizers removed O'Donnell from the program - for the second time in 48 hours.

Meanwhile - O'Donnell is another winner. she walked off the set of Piers Morgan's program because she didn't want to answer questions about public statements she's made which are in the book she was there to promote.

So now... O'Donnell is out and palin is in. Guess Sarah Palin got her way.

The whole thing is pretty puzzling... and petty. This tea party event has been highly anticipated since palin is expected to make a decision about a 2012 run by the end of September.

It's all so high school.

Here’s my question to you: What would you like to hear Sarah Palin say?

END_OF_DOCUMENT_TOKEN_TO_BE_REPLACED 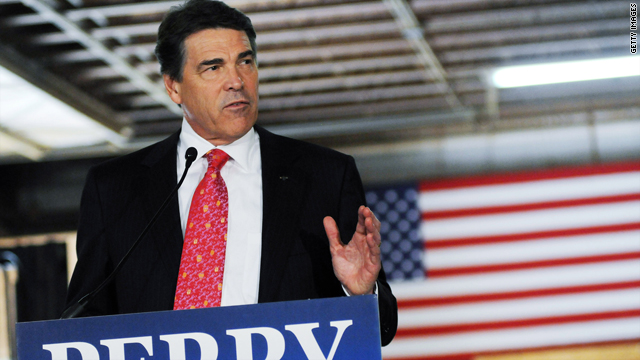 Why is Rick Perry suddenly the darling of the Republican field?

The Republican Party has apparently found itself a new messiah in Rick Perry.

The conservative Christian governor of Texas has come out of nowhere and has already lapped the Republican field for President.

In the two short weeks since he's entered the race, Perry has shot to the top of the polls and leads his nearest competitor by double digits.

The latest CNN/ORC International Poll shows 27% of Republicans supporting him, followed by Mitt Romney at 14%, Sarah Palin – who's not a candidate – at 10%, and Michele Bachmann and Rudy Giuliani – also not a candidate – at 9%. Newt Gingrich and Ron Paul come in at 6%.

Perry's supporters tend to be older, white and rich, and his strongest backing comes from tea party supporters. He holds a whopping 23-point lead over Michele Bachmann among tea party members in one CNN poll.

It's an astonishing impact in so short a time, especially when Perry has managed to jump to the top of the pack without laying out a single plan or idea for solving America's problems.

Instead, Perry has spent the past two weeks making several dumb comments – while, in the proud tradition of President George W. Bush, pretending he's a cowboy.

Meanwhile, these poll numbers must have Romney's people tearing their hair out. Romney supporters are urging him to kick up his campaign a notch before it's too late. Which is likely why Romney has changed his schedule this weekend so he can attend two separate tea party events in New Hampshire and South Carolina.

And, as Politico reports, "Perry panic" has also fired up the left... something even President Obama has been unable to do recently.

Liberals are terrified at the thought of a President Perry when it comes to his stance on issues like women's rights, gun control, the death penalty and the separation of church and state.

Here’s my question to you: Why is Rick Perry suddenly the darling of the Republican field?