Should students be paid to attend school?

The city of Camden, New Jersey, reportedly will pay high school students $100 each not to skip school.

The Philadelphia Inquirer reports the move is part of an effort to end truancy. It will focus on conflict-resolution and anger-management workshops during the first month of school, the paper says.

The program - called I Can End Truancy or ICE-T for short - is being funded by a grant from New Jersey's Department of Criminal Justice. The money needs to be used by September 30, or Camden won't have a shot at getting the grant next year, according to the Inquirer.

Sixty-six participating students will be paid $100 each on September 30 if they attend most of the anti-truancy sessions and school days, the newspaper says.

The students and their parents have to sign a pledge saying the youths won't skip classes later in the year. Officials will track the students’ attendance.

Absences will be assessed case by case because many of the young people in Camden face "extraordinary things," one official told the Inquirer. For example, a ninth-grader in the program can't read, and several students go hungry at home, that official said.

Not everyone thinks paying kids to attend school is a good idea.

One former school board member told the paper the plan was "outrageous." He says it sends the wrong message to students and that schools need fundamental changes to keep young people interested.

Supporters point out that other cities have used similar programs.

Camden's mayor hopes to continue the anti-truancy program with other grants so more troubled students can participate, the newspaper says.

Here’s my question to you: Should students be paid to attend school?

END_OF_DOCUMENT_TOKEN_TO_BE_REPLACED 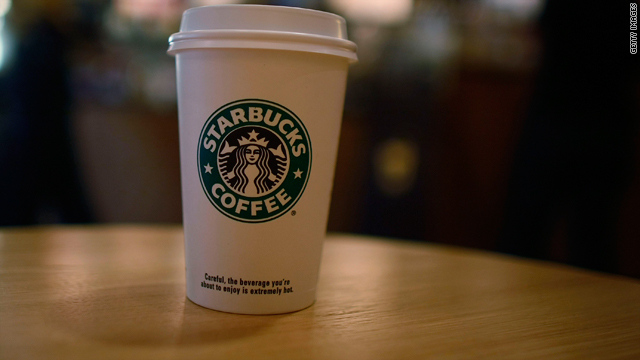 Maybe Washington will finally listen... now that some in corporate America are taking aim at their bank accounts.

This has the potential to get interesting.

More than 100 CEOs have signed a pledge to stop all political campaign contributions until lawmakers stop the gridlock. That could be a while.

Starbucks CEO Howard Schultz is leading the movement. He says it seems like lawmakers are only interested in re-election... he's right about that... and that the lifeblood of re-election is fund-raising.

In just a week - Schultz has gotten more than 100 business leaders on board... including the CEOs of AOL, Whole Foods, Intuit, Zipcar, J. Crew... and billionaire investor Pete Peterson.

Schultz says his initiative has "triggered a national dialogue and a groundswell of support." He hopes ordinary Americans join in too.

The pledge has leaders agreeing to stop campaign contributions until lawmakers strike a "bipartisan, balanced long-term debt deal that addresses both entitlements and revenues."

The CEOs are also agreeing to look for ways to speed up job growth.

It's unclear how much impact Schultz's pledge will have but it's worth pointing out that a pretty small number of Americans make the bulk of political donations in this country.

Less than one half of one percent of Americans give more than $200 to candidates and political parties and those donations make up 65% of all contributions.

Here’s my question to you: More than 100 CEOs have signed a pledge to not make political donations. How will it affect Washington?