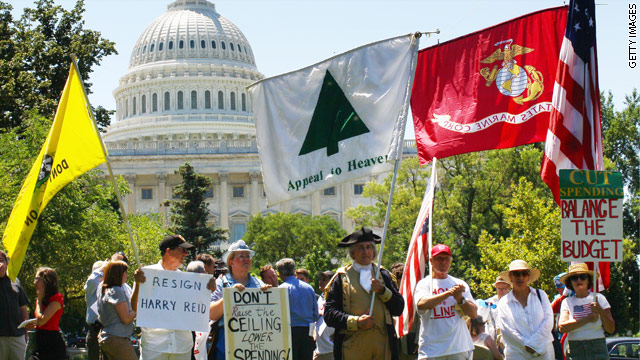 The national debt is increasing by an astounding $3 million a minute; $3 million. Meanwhile, President Obama and Congress are on vacation.

When the president took office in January 2009, the national debt was $10.6 trillion. Less than three years later, it's $14.6 trillion.

Obama has presided over the fastest, largest increase in the national debt in our country's history, something to be truly proud of.

Under President George W. Bush, the national debt increased by $4.9 trillion, but it took eight years to increase that much.

Obama has the distinction of putting us an additional $4 trillion in the hole in less than three years. And he's still talking about wanting to spend more. It's insane. These rates of borrowing are unsustainable. It is far and away the biggest problem we may have ever been faced with. Eventually, our country's survival will be at stake.

And whether anyone likes it or not, the tea party seems to be the only group that gets it. The group became a force during the midterm elections because of the growing national debt and the refusal of Washington to do anything about it.

In fact, the recent debt ceiling standoff was driven by a group of only 60 tea party members in the House of Representatives.

You can bet that the tea party will continue to ring the alarm bells as we head into the 2012 elections - and it should.

Because just remember this: In the time it would take you to listen to this Cafferty File segment - a minute and a half or so - our national debt increased by more than $5 million.

Here’s my question to you: What effect will the tea party have on the 2012 elections?

Tune in to “The Situation Room” at 5 p.m. to see if Jack reads your answer on the air.

And we’d love to know where you’re writing from, so please include your city and state with your comment.