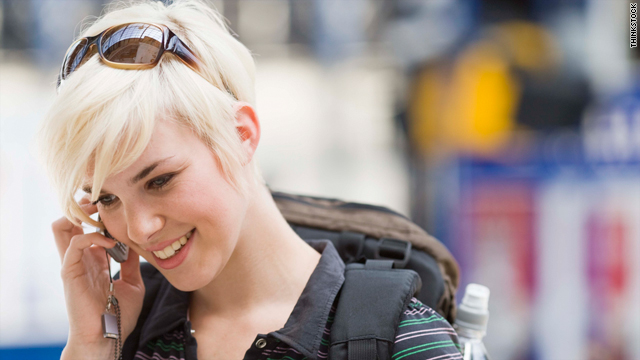 Linda in Kentucky:
No, Jack but I see people who do all the time. It's quite obvious when they are doing it and I really think that they are just trying to look "important." Everyone seems like they want to be somebody these days – real or fake. Not me, the more people who don't notice me, and the less my phone rings, the happier I am.

Dee in New York:
I only did this once several years ago. I was on a secluded beach in the off season with my husband. I was reading a book while my husband was using his metal detector. He had wandered out of sight and I believe earshot. A guy started to approach me. There was no one else in sight and the guy was creeping me out, so I flipped open my phone and instantly the guy turned on his heel and walked away.

Mary in Louisiana:
Yes. I set an alarm to go off and faked my husband calling to get away from an over-eager car salesman.

Sam:
Sometimes it's more productive to fake a call for 10 seconds than be pulled into a nonsense discussion for 10 minutes.

Manny:
All the time when I take a break at work. I am a systems engineer and a vast majority of individuals in my company know this. 90% of unavoidable interactions end up with problems that the user is experiencing with their desktop, operating system, or application. I'd like to get away from work during my break.

Stephanie:
I fake-talk when I'm walking home alone at night. Walking down empty city streets makes me feel anxious and eerie leers from men on the sidewalk unnerve me. Fake talking makes me feel safer.

Carol on Facebook:
It's the only reason I carry a cell phone.

Jim in Oregon:
Only if I see you coming, Jack.