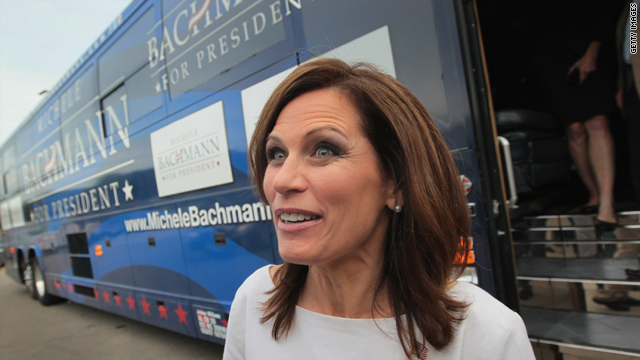 Valerie in Raleigh:
Where are the electable women Republican candidates such as Kay Bailey Hutchison, a woman of education and intelligence who has a chance to win voters outside of the far-right Tea Party group? The Republican Party gives us the likes of Bachmann and Palin who are unelectable to the general voters of this county. Add some of the other strange female Republican candidates such as the one that kept saying she was not a "witch." If you want a Republican win, give us somebody who is electable.

Carla:
With the wild-eyed, the witless, and the weird throwing their hats in the ring, I don't think we can handle the warmed-over wacko from Wasilla, too.

Dave:
Even Sarah Palin isn’t dumb enough to think she can actually win the presidency, so, just like Trump, she won’t try. All she will do is to hang around the TV cameras hoping to get more free publicity and give stupid answers to intelligent questions. She is pathetic. And by the way there’s nothing charismatic about Palin’s screechy voice which has no connection to what serves as her brain.

Greg in Arkansas:
Sarah Palin is nothing more than pre-race entertainment and thinking that she is getting into this presidential race is like believing the celebrity singing the national anthem is going to get into the Indianapolis 500 race as a driver.

Tammie on Facebook:
I do not think Palin ever wanted to be in the race. I think she likes all the free media attention. It helps to sell a lot of books.

Bryan in Colorado:
Really? Is this stupid question Monday or what?