Will the Tea Party's hard line on the debt ceiling ultimately help or hurt them?

When it comes to the debt ceiling debate, members of the so-called Tea Party - particularly those in the House - have taken a hard line, and they are not straying from it. Deep spending cuts - no new taxes, or no deal.
[cnn-photo-caption image=http://i2.cdn.turner.com/cnn/2011/images/07/21/art.tea.party.jpg caption=""]
Their unwillingness to compromise has not only hurt the chances of a deal on the debt debate, it's also damaged the negotiating power of their own party leaders like House Speaker John Boehner and Senate Minority Leader Mitch McConnell who have grown more open to compromise as the clock ticks down toward a deadline.

It's a tough place to be for Republicans who aren't buying the Tea Party message, particularly those in the Senate who have shown interest in the Gang of Six bipartisan compromise. But compromise isn't on the Tea Party agenda, and the passage of the so-called Cut, Cap and Balance bill in the House earlier this week proves that.

The bill requires steeper spending cuts, and it pushes for a constitutional amendment to require a balanced federal budget. But of course that bill has little chance of passing in the Senate, and President Obama said he will veto it if it ever gets to his desk. Meanwhile, the clock is ticking.

In the end, House Republicans may be forced to vote for a short-term agreement on the debt ceiling to avoid a government default - and to save face with constituents. Either way, if a deal is reached on the debt ceiling by August 2, we'll find out just how much - or how little - power the Tea Party really has.

Here’s my question to you: Will the Tea Party's hard line on the debt ceiling ultimately help or hurt them?

END_OF_DOCUMENT_TOKEN_TO_BE_REPLACED

Should calling for the assassination of the president be protected as free speech? 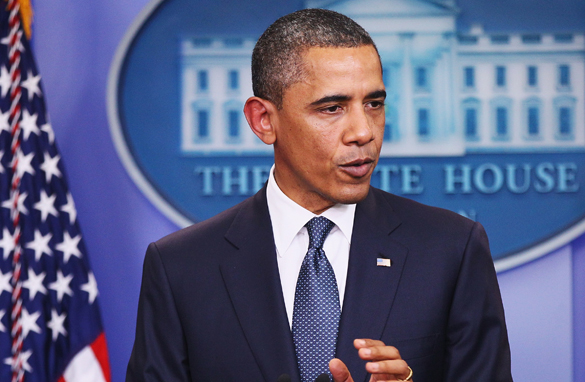 An appeals court in California has overturned a man's two convictions for threatening to assassinate President Obama. The grounds? Freedom of speech.

In 2008, two weeks before Barack Obama was elected the first black president in this nation's history, a California man posted violent, racist messages about Obama on an online message board: One posting said, "Shoot the ____" using a racial slur to describe Obama. Another post said Obama would end up with a "50 cal in the head soon."

The Secret Service tracked down this individual as you might imagine - a guy named Walter Bagdasarian - within weeks. He had a .50-caliber rifle and five other guns and ammunition in his possession when they found him. He was arrested, and after waiving his right to a jury trial, Bagdasarian was convicted by a federal judge of two felonies for threatening to kill a presidential candidate.

But Wednesday, a court of appeals in - wait for it - San Francisco overturned that decision.

In a 2-to-1 ruling, the court said his actions were protected by the First Amendment and that while his words were "alarming and dangerous," they were not illegal. The court also said Bagdasarian expressed no intent to act on his words himself.

Prosecutors can now ask the appeals court for a rehearing or appeal the decision to the U.S. Supreme Court.

After Bagdasarian was initially convicted in 2009, he apologized for his actions and said he had posted the messages while drunk. Apparently in his mind that made it OK. He was sentenced to two months in a halfway house in addition to the 24 days he had already served in jail.

Here’s my question to you: Should calling for the assassination of the president be protected as free speech?