Should Michele Bachmann's health be an issue in the race for president?

Michele Bachmann's on a roll. A new NBC-Wall Street Journal poll found the Minnesota congresswoman in second place among Republican candidates for president, behind only front-runner Mitt Romney. It's the second national poll to put her in second place, and she's come out on top of three of the four most recent polls of likely Iowa caucusgoers, too.
[cnn-photo-caption image=http://i2.cdn.turner.com/cnn/2011/images/07/20/art.bachmann.jpg caption="Republican presidential candidate U.S. Rep. Michele Bachmann (R-MN)"]
But her surge in the polls could be coming to a screeching halt. Online news site the Daily Caller reported Tuesday that Bachmann suffers from chronic, debilitating migraine headaches. At times, the migraines have been bad enough that she has had to be taken to a hospital to be treated for them. Three anonymous former aides to Bachmann who spoke to the Daily Caller recalled incidents where she couldn't work and missed House votes because of her condition. Another former staffer told Politico that it's common for Bachmann to retreat to her private office, close the door and shut the lights off – sometimes for hours – to wait for a migraine to pass.

From the campaign trail in South Carolina on Tuesday, Bachmann admitted that she does suffer from migraines and that she takes medication to treat them. But she downplayed the condition and said it does not interfere with her work. And, she said, the headaches have not interfered with her busy schedule as a candidate. But the race has only just begun.

On Wednesday, the Bachmann campaign released a note from her doctor acknowledging her migraines and saying that her overall general health is good.

The news is bad timing for Bachmann, who, despite making gains in polls recently, has been under fire from gay rights groups over her husband's Christian counseling business as well as the "marriage vow" agreement she signed. The agreement was written by a conservative group that opposes gay marriage. Social issues dog candidates on both sides of the aisle in any election, and some candidates are able to overcome them. But serious and potentially debilitating health issues are a different story. Ask Tom Eagleton.

Here’s my question to you: Should Michele Bachmann's health be an issue in the race for president?

END_OF_DOCUMENT_TOKEN_TO_BE_REPLACED

What does it mean that federal workers are more likely to die than lose their jobs? 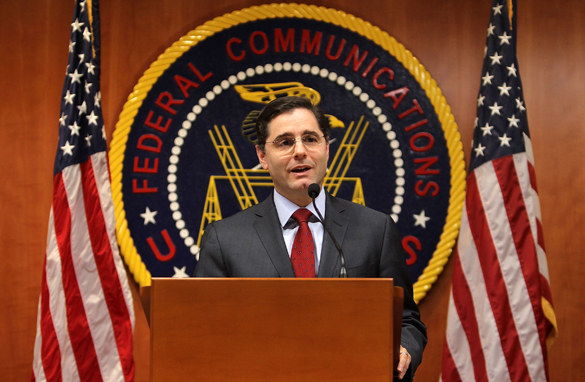 In an economy with 9.2% unemployment, job security is hard to come by. That is unless you work for the federal government.

An analysis by USA Today found the job security rate for government employees at many federal agencies last year was more than 99%. And these workers are more likely to die than to lose their jobs to a layoff or firing. The federal government only fired about one half of a percent of its workforce last year. The private sector in contrast fires about 3% of workers annually for performance.

Just to give you a few examples: At the Small Business Administration, which employs about 4,000, six people were fired last year but there were no layoffs. Seventeen employees died. Not a single federal attorney was laid off last year - there are about 35,000 of them. Just 27 were fired, 33 died. At both the Federal Trade Commission and the Federal Communications Commission, not a single employee was fired or laid off last year.

The USA Today analysis also found that nearly 3 out of 5 firings among federal workers occur within the first two years on the job, most commonly to the lowest paid workers. Meanwhile, the nearly half-million federal employees earning $100,000 a year or more had a job security rate of more than 99.8%. Nice work if you can get it.

Here’s my question to you: What does it mean that federal workers are more likely to die than lose their jobs?