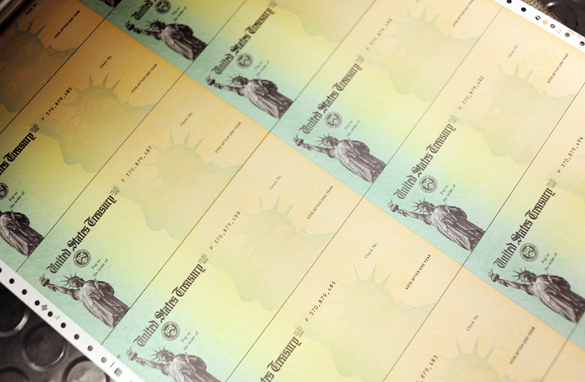 Paul:
Higher interest rates, higher debt, higher unemployment, lower tax revenue, lower consumer demand for pretty much everything. It’s a big chain of dominos where you're free to pick the one that scares you the most, but at the core of it for me would be the run on job losses again from the new recession that will be born.

B.J. in Quincy, Illinois:
Severe poverty breeds crime, disease, suffering and insurgency. We know this. Hey 'big business' if we don’t get paid you don’t get paid. Capish? I'm disabled. My Social Security check is the only thing I live on. If I don't get my check, I'll have nothing to live on. I imagine this applies to thousands of people.

Carol in Northampton, Massachusetts:
As a former international banker, I'm not scared at all. It's a global economy. We all need each other. Rating agencies have become meaningless. Life will go on. What scares me is how dug in the Tea Party is in trying to eliminate government. But, don't take away their Medicare.

Jim in Denver:
Jack, losing my house, potentially my job and seeing years of hard work building my life flushed down the toilet by a bunch selfish idealogues who are not representing the majority of citizens in this nation. This nation has lost the principle of "We the People," something our elected officials need to be reminded of come election time.

Dave in Nashville, Tennessee:
No fear Jack, think back when you refused to raise the curfew for your daughters, they huffed and puffed for a while, but turned out just fine.

Paul in Florida:
My fear? Streets filled with formerly wealthy privileged people, Zombies, without a clue how to survive, lost in a poverty-stricken world! Suddenly, unwelcome members, of a class of Americans whose existence they previously refused to acknowledge.