Do you feel like you're a member of the burnt-out generation?

We've got an overworked labor force operating in an under-performing economy... and it could be affecting our health.
[cnn-photo-caption image=http://i2.cdn.turner.com/cnn/2011/images/07/14/art.pencil.jpg caption=""]
A new study released by researchers in Spain finds that working for more than 40 hours a week leaves employees six times more likely to suffer long-term exhaustion, irritability and a lack of interest in their work and non-work lives. It's something called "burnout syndrome." And some of us have been suffering from it for years.

Workers who feel "under challenged" on the job, left to do what they feel are brainless, monotonous tasks, are also at risk of developing burnout syndrome. So are people who have stayed in the same job too long: Those with more than 16 years service in the same position are five times more at risk of developing burnout syndrome than colleagues with less than four years on a particular job.

With the economy in the state it's in, it's no surprise this is a growing problem. It has the potential to become an epidemic.

The Spanish researchers found that having a family, partner or a spouse to go home to at night helps people deal with burnout. I guess there is some benefit to being able to complain to someone when you get home.

But where does it end? Careers are getting longer, and retiring at 65 is not a reality for many of us. With 9.2 percent unemployment in this country, those of us with a job are lucky to have one. Some of us need to work more than one job just to pay the bills each month.

Here’s my question to you: Do you feel like you're a member of the burnt-out generation?

END_OF_DOCUMENT_TOKEN_TO_BE_REPLACED

Did the Casey Anthony trial alter your view of the criminal justice system? 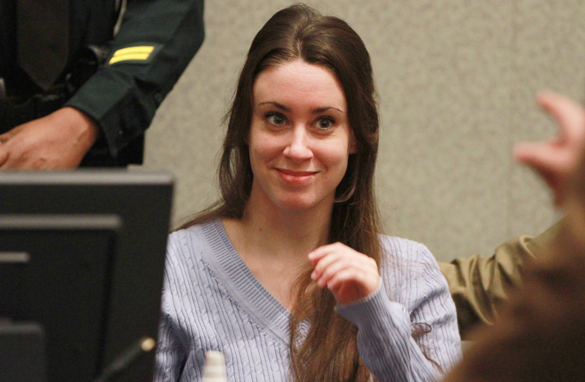 Casey Anthony is scheduled to be released from prison on Sunday. As a free woman, she will reportedly live in a secret location, likely under a new name. According to some reports, Anthony is being advised to dramatically change her appearance.

While her attorneys are aware how hated she is, Anthony may not fully understand that until she gets out. While she's been sitting in a jail cell, she has become a celebrity of sorts, getting letters of support and cash from all over the country. ABC News reports Anthony has nearly $500 in her jailhouse bank account. The money has come in from at least 17 donors since May, mostly from men. What a surprise.

In the grand American tradition, Casey Anthony stands to make millions from telling her story. Not that it would likely be the truth. She's a stranger to the truth.

You can bet that at some point there will be an interview, a book or a movie. She stands to become a rich woman while the questions about what happened to her beautiful little daughter remain unanswered. For 31 days, a child is missing, and Casey Anthony parties while lying to everyone about the child's whereabouts.

The trunk of her car was later found to smell of death, her daughter's remains were eventually found tossed in a swamp like so much trash, and the jury found her not guilty of her daughter's death.

She was convicted of repeatedly lying to police. But why would you lie to police if you had nothing to hide?

Here’s my question to you: Did the Casey Anthony trial alter your view of the criminal justice system?