What role did the news media play in the outcome of the Casey Anthony murder trial?

Casey Anthony's defense team is slamming the media over its intense coverage of the case leading up to and during the high-profile trial.
[cnn-photo-caption image=http://i2.cdn.turner.com/cnn/2011/images/07/05/art.caylee.jpg caption="Caylee Anthony"]
Anthony's attorney Jose Baez applauded the jury shortly after leaving the courtroom today for doing what he said they are supposed to – finding their verdict based on evidence and not emotion. Baez said, "You cannot convict someone until they have their day in court."

The defense team believed the public and the media had already decided Anthony was guilty of killing her two year old daughter before the jury even heard arguments in the case. Baez and his colleagues pointed to the seemingly non-stop coverage of the case on cable television outlets, commentary by so-called "legal experts" on various pieces of evidence and testimony on television and in print, as well as the crowds that gathered outside the courthouse daily possibly as a result.

But despite what these and other defense attorneys perceive as a media bias in high profile cases– guilty until proven innocent– many juries simply don't buy in. Many very famous defendants in very high profile cases with the most media coverage have all gotten off. O.J. Simpson, Michael Jackson, and William Kennedy Smith were all acquitted in trials that featured intense media coverage.

And while the defense slams the media, it might be worth taking a moment to think about why so many of these big cases have the same outcome.

Here’s my question to you: What role did the news media play in the outcome of the Casey Anthony murder trial?

END_OF_DOCUMENT_TOKEN_TO_BE_REPLACED

Why did the Casey Anthony murder trial captivate the nation? 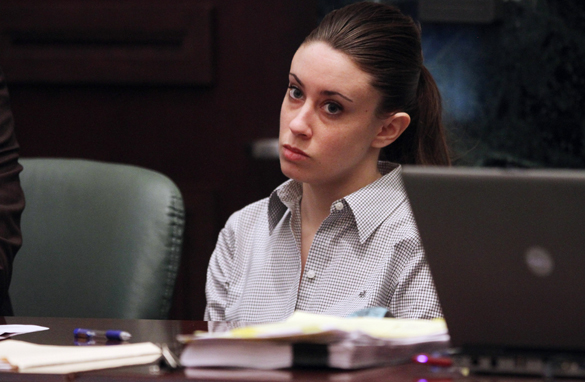 Like millions of Americans, I got sucked into watching the Casey Anthony murder trial. Over the July Fourth weekend, I spent several hours engrossed in watching the closing arguments, fascinated by the skill of the lawyers, particularly of the prosecutors, as they practiced their craft at the highest level in pursuit of justice for a 2-year-old girl who couldn't speak for herself.

It was the stuff of high drama. And for six weeks, the country has been riveted by the goings-on inside the courtroom in Orlando, Florida.

Our sister networks, HLN along with Tru TV, have mined ratings gold from trial coverage, garnering some of the highest numbers in their history.

Here’s my question to you: Why did the Casey Anthony murder trial captivate the nation?