It took U.S. Rep. Anthony Weiner, D-New York, more than a week to admit that he lied about sending an explicit picture of himself to a young college student in Seattle and that he has carried on inappropriate online exchanges with a total of six women. But it only took a few minutes during his news conference to tell us he will not resign. He should.
[cnn-photo-caption image=http://i2.cdn.turner.com/cnn/2011/images/06/07/art.anthony.weiner.jpg caption="Rep. Weiner admitted sending a lewd Twitter photo of himself to a woman and lying about it."]
House Minority Leader and fellow Democrat Nancy Pelosi announced that there will be an ethics investigation - not that those ever mean much, ask Charlie Rangel - into whether Weiner used government resources to send the messages or broke other ethics rules. If lying is considered unethical, an investigation is really unnecessary.

That's the crux of this matter. Not only did he send those sleazy pictures, pretty sick stuff in and of itself, he repeatedly lied about doing so. He sat down with countless reporters and members of the media and lied over and over and over again.

This leads one to wonder: What else does he lie about? How can his constituents or anyone else for that matter trust anything he says?

Weiner said in a statement he will "welcome and fully cooperate with an investigation by the House Ethics Committee."

Pelosi has not asked Weiner to step down as she did when the Ethics Committee launched a similar probe into former U.S. Rep. Chris Lee of New York, the married Republican who got caught trying to meet a woman over Craigslist last year. But then Pelosi has always had a convenient set of double standards. And when it comes to members of Congress, the phrase "Ethics Committee" more often than not proves to be an oxymoron.

Here’s my question to you: Should Rep. Anthony Weiner resign?

END_OF_DOCUMENT_TOKEN_TO_BE_REPLACED

How will the economy force Pres. Obama to change '12 campaign strategy? 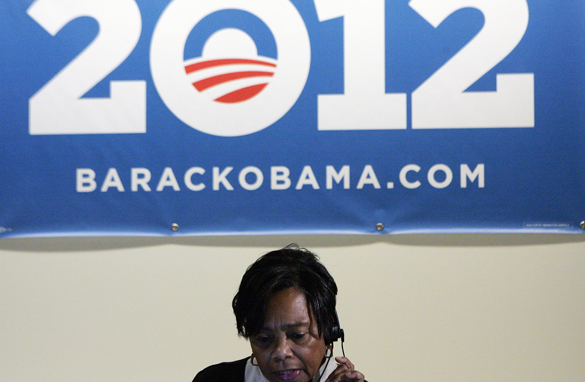 The continuing struggles of the U.S. economy are becoming a big problem for President Obama and his campaign for re-election in 2012. Economic reports show an unwelcome slowdown in what had been a few months of encouraging job growth, as well as new lows for home prices.

The president's top economic adviser, Austan Goolsbee, is leaving, the latest in a string of top economic minds the president recruited after his election who have abandoned ship.

A Washington Post-ABC News poll out today says about six in 10 of those surveyed give the president poor marks on the economy and the deficit. Nearly half say they strongly disapprove of the way he's handling both issues. And the same poll found that if the election were held today President Obama would lose to Republican Mitt Romney.

Romney, who is far from an overwhelming favorite among members of his own party, has said jobs and the economy will be central issues in his campaign.

Democratic strategist James Carville - who first coined the phrase "It's the economy, stupid" back in 1992 - says if job creation stays down the 2012 race could be "very rough" for President Obama. He said the economy is so bad, there's heightened risk of civil unrest in this country.

For now, there's little the president can do short term other than try to say the right things on the campaign trail. Reducing the deficit and cutting spending are top priorities on Capitol Hill, but so far nothing has been done.

Rising gas prices and declining home prices are crimping consumer spending. So expect to hear the president highlight the modest gains in the economy since the worst days of 2008 and 2009. Strategists say he'll also make the case that things would be far worse if Republicans were in charge.

But if that's all he's got, it's not going to be enough.

Here’s my question to you: How will the economy force President Obama to change his campaign strategy for 2012?